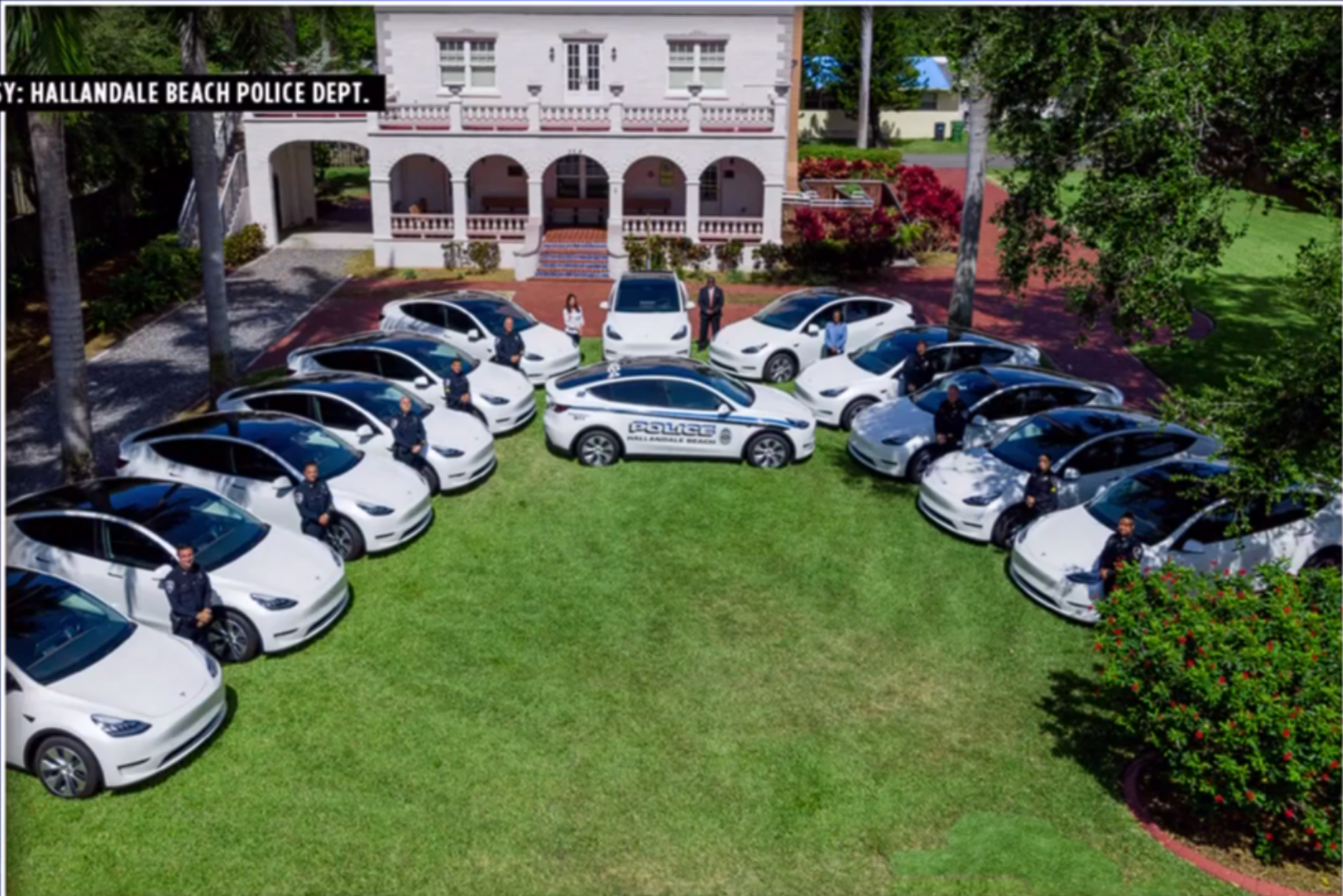 Of the 13 new electric vehicles (EVs), the Hallandale Police Department will use one as a patrol vehicle while the remaining 12 will be used by detectives.

“With this purchase, we’re taking a step into the future of Hallandale Beach, which is sustainable both financially and environmentally,” said City Manager Dr. Jeremy Earle. “We’re thrilled to be rolling out the largest deployment of electric police vehicles in the state of Florida, we believe the largest deployment in the United States, and to get these EVs on the road.”

All-electric models are gaining traction with police departments all over the U.S. and across the globe, especially with the surging gas prices. Last month alone, police forces in Johnson Country, Kansas, and Bargersville, Indiana, added Tesla EVs to their fleets.

The new Tesla EVs cost Hallandale more upfront than gas-powered police cruisers, but Vice Mayor Mike Butler said the Model Ys will save the city money in the long run. The Town of Bargersville, which bought its first Tesla cruiser back in 2019, reported fuel and maintenance savings of almost $7,000 USD in the first year alone.

“These Tesla police vehicles represent a win-win-win for our police officers, for the City’s residents and for the environment,” said Butler.

“Our officers are getting an ideal vehicle for their work, our residents are saving money over traditional police vehicles and can be proud that Hallandale Beach is one of the first Police Departments in the country to go electric. And finally, as a beach community directly affected by rising sea levels, these cars will reduce the city’s contribution to climate change.”

The City of Hallandale supplemented its purchase of Tesla EVs with federal dollars from the American Rescue Plan that was signed by U.S. President Joe Biden back in March. According to city officials, the Model Ys also have better resale value as gas-powered alternatives.

Hallandale Beach wants to cut carbon emissions by 50% by 2030 and become net-zero by 2050, and the Model Y police cruisers will help further these goals.

The city will install charging stations for the Tesla cruisers at police stations. Hallandale Beach already has nine Level 2 EV chargers located on city property. In addition, the city will also allow police officers to take advantage of local Tesla Superchargers up to a certain dollar amount per year.