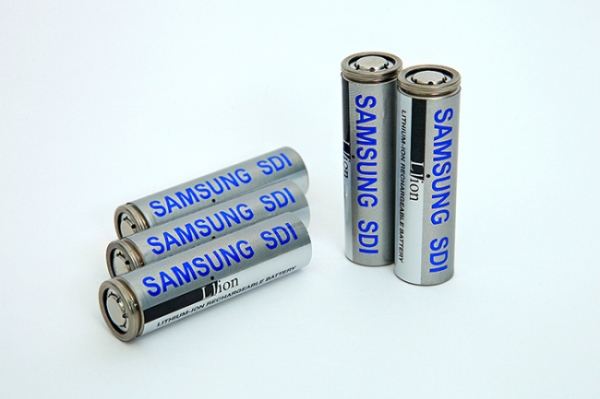 Another battery supplier is set to prepare 4680 cylindrical batteries for Tesla, and this time it’s Samsung SDI, according to The Elec.

The South Korean publication says it has learned Samsung SDI is preparing a pilot line to make 4680 test batteries for Tesla at its Cheonan plant, with the verification of the technology to come within one year, say unnamed sources.

There are two versions of the battery being made in the pilot line, “with the alternative version to the original being shorter than 80mm in length,” says sources, noting it is likely BMW—and not Tesla—that is requesting a shorter length version. 4680 batteries refer to 46mm as the diameter and 80mm as the length.

Electrode equipment will be supplied by Hanwha Corporation, along with roll pressers and slitters if possible to Samsung SDI. Winder and assembly equipment will reportedly be from Koem.

It’s worth noting Hanwha and Koem had previously supplied equipment for Tesla’s 4680 battery pilot line for its plant in Fremont, California.

Last July, it was reported Samsung SDI and LG Energy Solutions had already completed 4680 samples for Tesla. Earlier this month, Panasonic had sent 4680 samples to Tesla and was ready for a battery production surge.

Currently, Tesla’s 4680 battery cells are only being used for its Model Y produced at Gigafactory Texas.

Battery supplies are one of the limiting factors in preventing Tesla from expanding its production line to start producing Semi, Cybertruck and Roadster. The company continues to see high demand for its vehicles, with production unable to keep up due to the ongoing chip shortage and supply chain headwinds.

Uber Says Over 15,000 Drivers Have Signed Up to Rent Tesla Vehicles Through Hertz

Tesla Model 3/Y Center Console Trays are Back in Stock