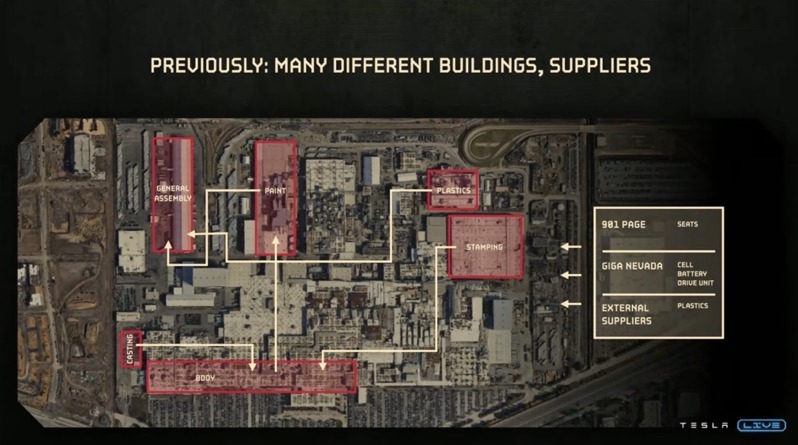 The Musk email was shared by @WholeMarsBlog on Twitter.

“This has been a very tough quarter, primarily due to supply chain and production challenges in China, so we need to rally hard to recover!”, said Musk.

“Shanghai is returning to full strength and Austin is spooling up,” said Musk, closing with “onward to victory!!”.

According to numbers from Tesla’s Q1 2022, the company produced 1,390 cars per day at its Fremont factory in California, as noted by @Troyteslike. For Q2, it’s unclear how much more Tesla was able to churn out from Fremont, but numbers could be as high as 1,500 per day.

Tesla’s investor deck says Fremont has an annual capacity of 600,000 cars. If the factory were to run at max capacity for 365 days straight, that would work out to 1,643 cars per day–that is if Tesla is able to have chips and other parts available at all times.

Another highlight was Gigafactory Berlin ramping up to nearly 1,000 cars per week, a milestone for the new factory. As for Tesla’s Shanghai factory, with COVID-19 restrictions ended along with the closed-loop system, production can ramp up to normal levels.

If you’re a Journie rewards member in B.C. or Alberta, Canada, you can get free electric vehicle charging for a limited time at On the Run convenience store locations. These On the Run EV charging stations are set to be one of the “largest planned ultra-fast charging networks capable of charging most EV models in […]
Sarah Lee-Jones
40 mins ago

Plugin vehicle shares in the UK reached 22.4 percent, up from 21.6 percent year over year, according to CleanTechnica. The figure is made up of battery-electric vehicles (BEVs) at 16.9 percent and plugin hybrid electric vehicles (PHEVs) at 5.5 percent of the overall market share. A year ago, these figures landed at 15.2 percent and […]
Peter McGuthrie
4 hours ago

Since entering the Australian market in August, the Tesla Model Y has been making waves, with many customers flocking toward the electric SUV in recent months. Tesla delivered 4,359 Model Y units in Australia in September, as reported by The Driven. The figure nearly doubles the next top-selling EV in the country, showing a dominant […]
Peter McGuthrie
4 hours ago