Tesla and Other Growth Stocks ‘Will Rebound’ as Inflation Eases, Says Strategist 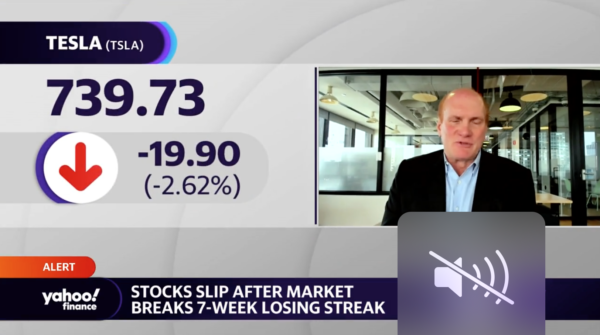 In the segment, Black says that Tesla’s performance as a growth fund in 2020 and 2021 was impressive, despite the stock being down thus far on the year.

Black also cites Musk’s Twitter takeover as the main part of the reason Tesla’s stocks have been down over the year, saying that it has “proved to be a distraction.”

Upon Musk finally taking over Twitter, Black notes that Tesla shares will begin to rebound again, just as federal inflation rate increases continue to slow to a halt.

Black said, “We see inflation easing throughout the year, you’re already seeing it come down. The fed will take a fifty-point increase in June, and again in July, and then we think it’s going to pause.” Black continued, “So that lets us be more confident that growth stocks will continue to rebound, as you saw last week.”

Black’s top two holdings with the Future Fund are Tesla and Alphabet, and he remains bullish despite the bear market — which has been negatively affected also by Tesla having to shut down its Gigafactory Shanghai for about 22 days.

If you’re a Journie rewards member in B.C. or Alberta, Canada, you can get free electric vehicle charging for a limited time at On the Run convenience store locations. These On the Run EV charging stations are set to be one of the “largest planned ultra-fast charging networks capable of charging most EV models in […]
Sarah Lee-Jones
11 hours ago