By contrast, BMW saw registrations dip 3.4 percent in Q1 with just 80,482 units sold, while Lexus and Mercedes-Benz followed with even greater drops.

Lexus had just 66,907 vehicles registered accounting for a 17 percent decrease year-over-year, while Mercedes-Benz had just 60,632 units registered for a drop off of 21 percent.

Only Genesis, the luxury division of Hyundai, saw growth in Q1 alongside Tesla. The South Korean automaker saw a 53% increase year-over-year in luxury registrations. 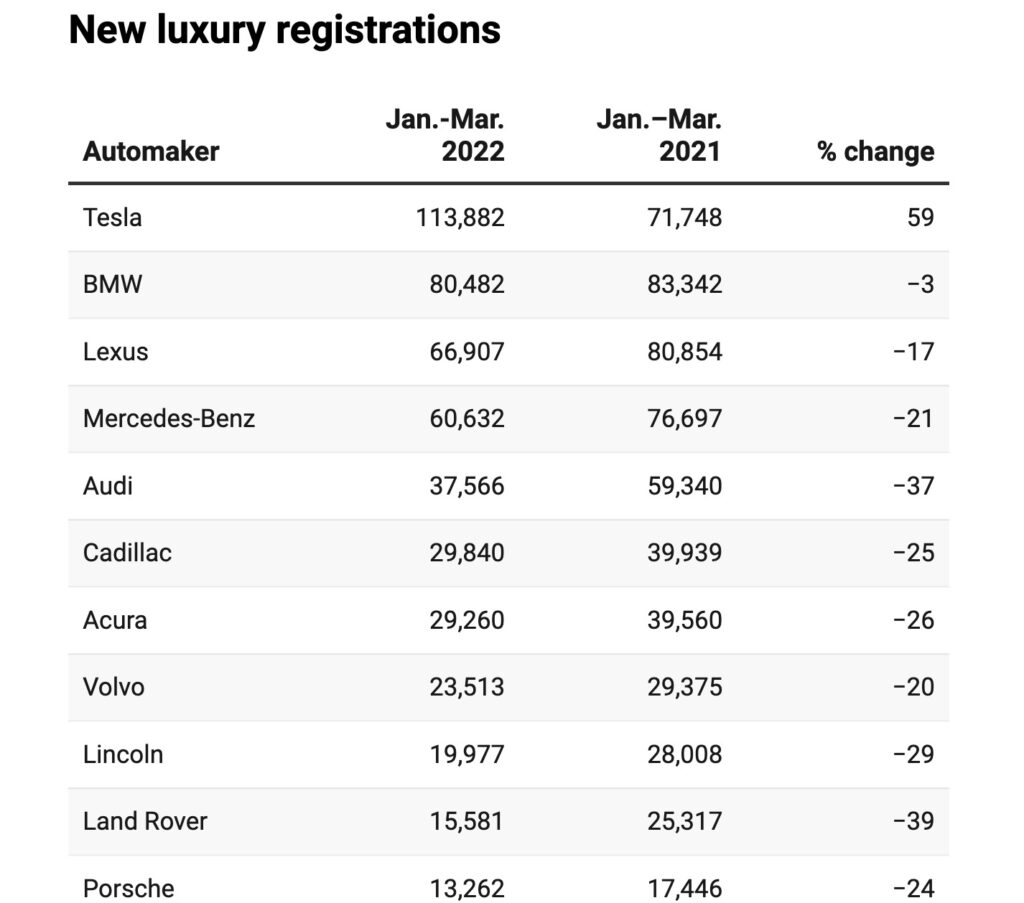 The greatest drop in registrations took place for Infiniti, which saw its registrations decrease by 43 percent year-over-year in Q1 for a total of just 11,740.

The global chip shortage and supply chain headwinds continue to affect automakers, but Tesla seems to be weathering the storm better than others.

Tesla dominated in overall EV sales in Q1, while Hyundai continued climbing alongside other EV makers like Ford, Nissan and Volkswagen.

The news also comes as Tesla continues to ramp-up production at its Gigafactory Texas, which is set to give the EV manufacturer an additional leg up.

Earlier this month, BMW’s CEO said he expects the automaker’s EVs to be as profitable as its gas cars by 2025, following the announcement of the company’s upcoming Neue Klasse EV platform.