According to @MarcoRPTesla, a sleuth of upcoming Supercharger locations, Tesla has officially filed plans for a drive-in movie theater and two-storey diner at a Supercharger station in West Hollywood, California.

This just in: Tesla has officially filed plans for the Hollywood Diner and Drive-In Theater at 7001 Santa Monica Boulevard!!! (H/T @benh57) pic.twitter.com/jVE4xlxn53

The Supercharger installation, located at 7001 Santa Monica Boulevard, Los Angeles, CA, will house 28 V3 Supercharging stalls where Tesla owners can charge their electric vehicles (EVs) at up to 250 kW.

While they wait for their cars to charge, patrons will be able to have a meal at the two-storey diner on the premises or watch a movie on the two screens Tesla plans on installing — or both, according to filings for the project. 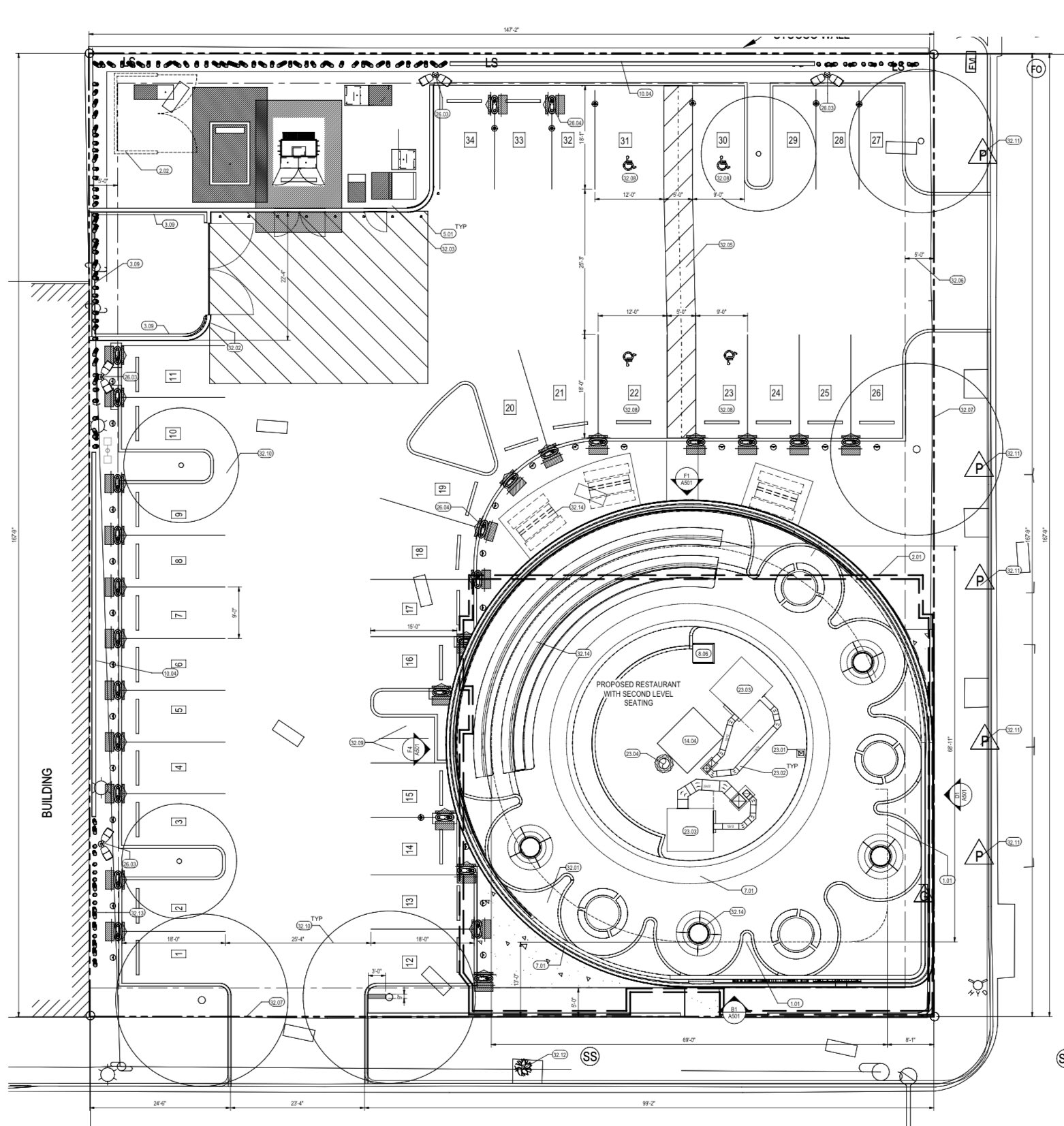 The two movie screens will be framed by a decorative bamboo landscape. One screen will be affixed to the North property line of the site and the other to the West, to make them visible from both the cars and the rooftop seating area.

Content played on the movie screens will be limited to features that last about 30 minutes, which is approximately how long it takes to charge a vehicle. The drive-in theater will be operational between 7 a.m. and 11 p.m., while the diner will be open around the clock.

Hopefully this answers everyone’s questions about the movie screens… pic.twitter.com/twljrRBUf8

The EV pioneer added restaurant services to its trademark registration in June of last year, so we may see similar eateries open up at other Superchargers in the future.

Earlier this week, the city of Barstow, California, announced a massive 100-stall Supercharger in the Mojave Desert — Tesla’s largest yet in the U.S.