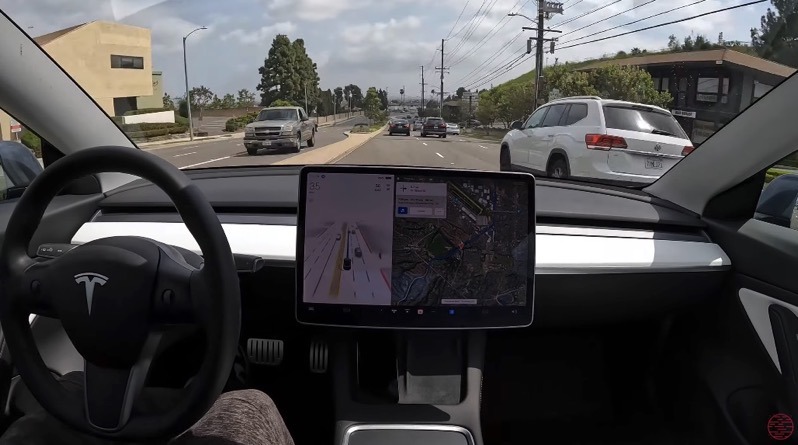 Tesla CEO Elon Musk has provided an update on the next release of Full Self-Driving (FSD) beta, with 10.12 expected on Sunday in limited release.

“Team is working the weekend to get 10.12 in limited release tomorrow,” said Musk on Saturday.

“Then we evaluate, do a point update, and broaden the release. 10.12.2 is probably where we can expand to a safety score of 95+,” said Musk, referring to the expansion of the beta to those with Safety Scores of 95 or higher.

Team is working the weekend to get 10.12 in limited release tomorrow. Then we evaluate, do a point update, and broaden the release. 10.12.2 is probably where we can expand to a safety score of 95+.

Currently, those that paid for FSD need to earn a Safety Score of 100, 99 and 98 to get access to the beta software’s download. This is part of Tesla’s safe rollout of the test software.

Earlier this week, Musk said FSD beta would “probably” release this weekend and now it looks like 10.12 will be available to a small number of testers.

Tesla is planning to add a new showroom and service center in Northern Netanya, Israel, according to a property lease signed by the automaker, reports Globes. The site is located at 39-41 Hakadar Street in Netanya, complete with a nearby store from Chinese automaker Geely Geometry. The property includes about 3,300 square meters (10,826.77 square […]
Peter McGuthrie
19 hours ago

Thailand has been one significant expansion project from Tesla in recent months, and now the automaker is launching some of its first fast-charging stations and a new retail store in the country. Tesla is preparing to launch the first V3 Supercharger station in Thailand, located on the B1 floor of the CentralWorld shopping complex in […]
Peter McGuthrie
20 hours ago