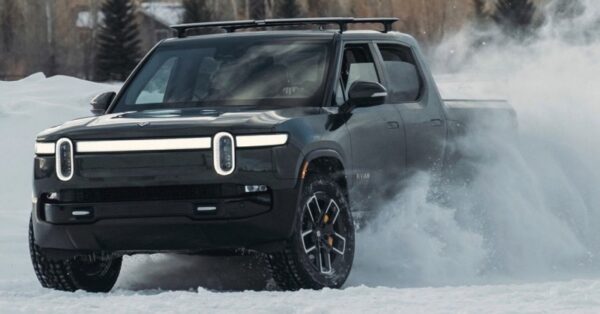 Ford will sell the shares through Goldman Sachs, sources told the publication. The veteran automaker currently owns a total of 102 million shares in Rivian.

The shares will go on sale for $26.90 USD a piece once the insider lockup for Rivian, during which early investors and company insiders are not allowed to sell their shares, expires on Sunday. JPMorgan Chase will also reportedly put a block of 13-15 million Rivian shares up for sale at the same price.

Rivian held its initial public offering (IPO) in November 2021, raising $11.93 billion worth of capital at $78 per share in what was the largest IPO of the year.

The EV startup’s value surged during the fourth quarter of 2021, with the automaker’s market capitalization even surpassing $100 billion at one point. In January, Ford said it was expecting a record $8.2 billion gain on its Rivian investment as a result.

However, supply chain constraints and inflationary pressure have been impairing Rivian’s production, and the company’s unfortunate approach to price hikes not only led some customers to cancel their orders but also soured public opinion.

Shares of the EV startup plummeted more than 50% during the first quarter of this year. What’s more, Rivian said in March that it only expects to produce 25,000 EVs during 2022, which is half of what it projected to investors last year as part of its IPO efforts.

Ford actually ended up posting a $3.1 billion net loss for Q1 2022, due in part to its Rivian investment gradually deflating.

Ford is one of Rivian’s largest backers by shareholding, along with eCommerce giant Amazon, which owns 20% of the electric truck maker. Amazon last week announced a $7.6 billion loss as a result of its $1.3 billion investment in Rivian.

At the time of writing, Rivian stock is trading at $28.79 per share.

Legacy automaker Ford has reached an important production milestone this week, showing that the company has been able to produce a sizable number of Mustang Mach-E units since it was introduced in 2020. Ford CEO @Jim Farley announced on Wednesday that the automaker produced its 150,000th Mustang Mach-E, ahead of the company’s plans to expand […]
Peter McGuthrie
56 mins ago