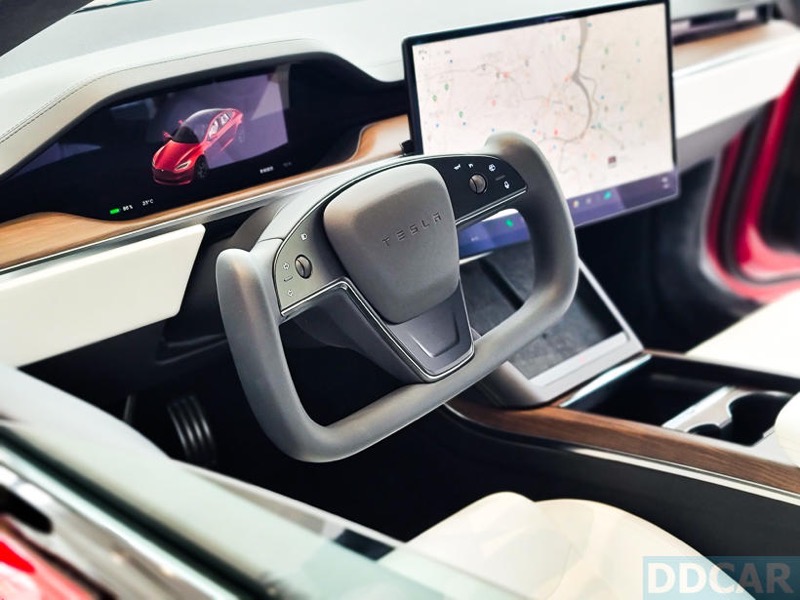 Earlier today we saw a video showing Tesla’s Model S refresh being delivered with a motorized left-right tilt display. If you had doubts it was real, you can rest assured it’s legit, as Tesla has taken the wraps off a similar Model S refresh on display in Taiwan.

When Tesla first announced its Model S and X refresh, its website stated the 17-inch cinematic display would include a motorized left-right tilt feature. But Tesla soon removed mention of the feature on its website, suggesting it wasn’t ready for launch.

In the fall of 2021, the tilt display was spotted in the wild, and back in February, a teardown of the Model S refresh display by Munro Live confirmed left-right adjustability—but no motor hardware was included just yet.

In January of this year, Tesla updated the Model S refresh with matrix LED headlights, revised taillights, and new charge port debuting the car in a Taiwan showroom. At the time, the company was set to showcase the Model S refresh for local media, but soon covered up the car with a black cloth. What was Tesla trying to hide?

But as of today, Tesla has taken off the wraps on the Model S refresh in Taiwan, showing the car and its new left-right tilt display in all its glory, as captured in images by DDCar (via Michael Hsu).

You can see in the image above and below the obvious tilt display in the Model S refresh. The left-right tilt is controlled via the touchscreen within vehicle settings. 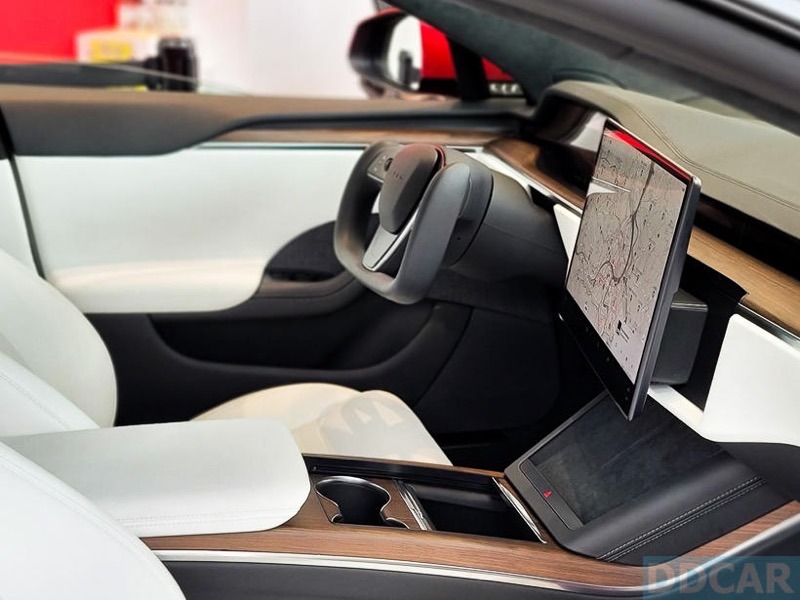 According to Marco Hu from DDCar, Tesla announced on Tuesday it would showcase its Model S and Model X refresh from May 3 to 27 at various Tesla showrooms in Xinzhuang (Model S), Taichung, and Kaohsiung.

If you want to check out the Model S refresh, it’ll be on display at Tesla’s Xinbei Xinzhuang Service Experience Center: No. 37, Huacheng Road, Xinzhuang District, New Taipei City.

As it stands, it’s only possible to order a Model S and Model X refresh in Canada and the U.S., as both countries have taken deliveries. You can place a reservation for one in Taiwan, but there’s no way to configure the car and no final price or estimated delivery date is provided (like the Cybertruck).

Tesla’s Model S and Model X electric vehicles (EVs) are sold out in Europe for the entirety of the first quarter of 2023, with estimated delivery dates for new orders being pushed to April-June from January-March (via @Tslachan).  $TSLA• Model S/X Europe's estimated delivery date has been changed from April to June. (Previously from January […]
Nehal Malik
3 days ago