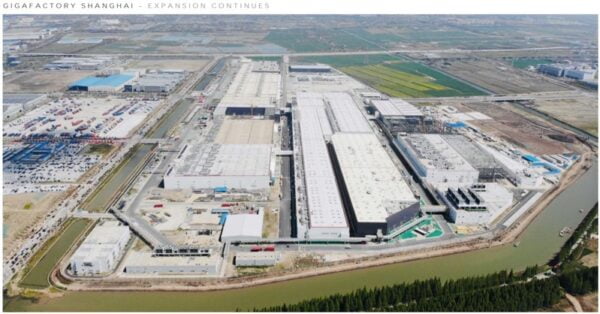 The city of Shanghai helped Tesla transport more than 6,000 employees, and it helped the company disinfect the workplace on an ongoing basis to help the automaker reopen the production facility, as detailed in a report by Reuters.

The news was discovered from a letter dated May 1 Tesla addressed to local officials, in Shanghai’s Lingang Special Area.

The letter detailed the great lengths to which the city went to help Tesla reopen its factory, which officially took place on April 19 following a 22-day production halt.

In the letter, Tesla wrote, “They fought for three consecutive days, working round the clock and non-stop to guarantee our company’s workers could return to the factory.”

The letter also referred to Tesla’s plans to expand Gigafactory Shanghai, which is expected to add an annual production capacity of 450,000, including both Model Y and Model 3 units, to become “the world’s largest vehicle export hub,” according to Tesla’s letter. The new plant will be constructed on nearby land.

A report on Monday showed that Tesla had been “whitelisted” by the city of Shanghai to resume 80-percent production in the city.