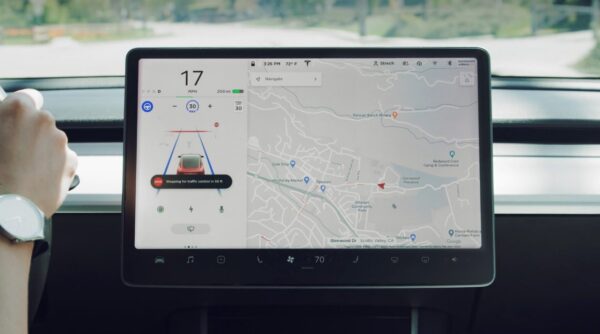 Tesla CEO Elon Musk may be polarizing to some, and now a new candidate for Senate in California is using his bid solely to take Musk and the company’s Full Self-Driving program down.

California Senate candidate Dan O’Dowd launched a multimillion-dollar television ad campaign on Tuesday to push for a ban on Tesla’s self-driving vehicles in the U.S., according to Politico.

His approach to the campaign is nothing short of unorthodox, with O’Dowd stating that his campaign was a single-issue one, and promising not to talk about any issues beyond Tesla.

O’Dowd specifically told the publication that he planned to use the Senate bid to bludgeon Tesla and CEO Musk, going on to say the self-driving tech is “unbelievably bad.”

In a phone call, O’Dowd added “It fails all the time.”

O’Dowd, a Santa Barbara resident, is a self-proclaimed billionaire and is also the founder and CEO of Green Hills Software.

The TV ad initially cost $2 million to run in four major media markets throughout California, in addition to a total of 35 other states.

O’Dowd also aired concerns about software being under cyber attack from nations like Russia and North Korea, where he says he fears the click of a computer mouse could mean “half the country is going to go down.”

“I am going to win votes,” O’Dowd said. “And every vote I win is someone who thinks my issue is more important than [these] other issues.”

Back in January, O’Dowd targeted Tesla with false ads in the New York Times. Green Hills Software has automaker clients that are competitors to Tesla.

Musk responded to O’Dowd at the time to say, “Green Hills software is a pile of trash. Linux [for the win]”.

Green Hills software is a pile of trash. Linux ftw.