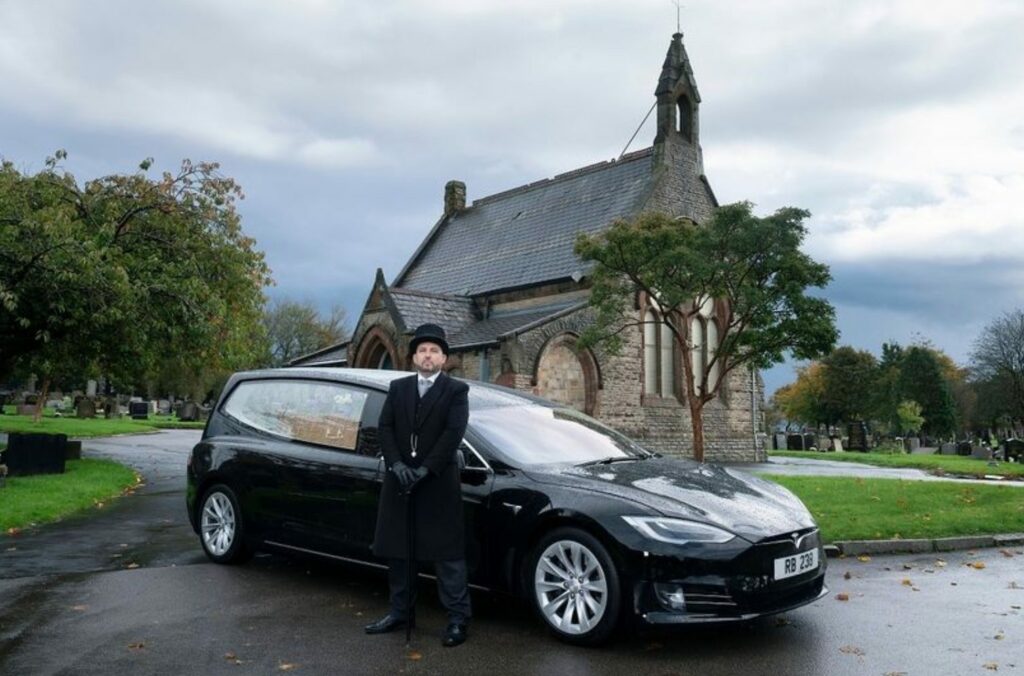 Tesla’s electric vehicles (EVs) primarily come in just a few different models, but a new custom EV for transporting the deceased has emerged and it’s like nothing we’ve ever seen before.

Adapted from a Tesla Model S, the Wisper e-hearse also includes recycled composite materials for the modified parts, making it an even more sustainable option.

In a statement, Pilkington said, “We are excited to be bringing our fully electric Tesla hearse to Bristol to offer dignified, elegant and environmentally friendly services for families and communities in the area.” Pilkington continued, “The way people choose to say goodbye is changing and those who have worked hard to reduce their carbon footprint in life, are also passionate about reducing their impact on the planet when they pass.”

The Wisper e-hearse is being used by the Co-op Funeralcare Funeral Home in Warmley, a community outside of Bristol in England.

Pilkington says the Tesla Wisper is available for use by families across Bristol, Bath, South Gloucestershire and to locations as distant as Royal Wootton Basset in Wiltshire.

Take a look at all of the new Tesla Superchargers that went live across the globe this past week, courtesy of data from Supercharge.info and the TMC Forums: Date Opened Location Number of Stalls Power Rating Official Listing September 26, 2022 2 Rua do Miradoiro, Vigo, Pontevedra, Spain 12 250 kW Tesla September 26, 2022 Strevelinsvej 13, […]
Nehal Malik
10 hours ago