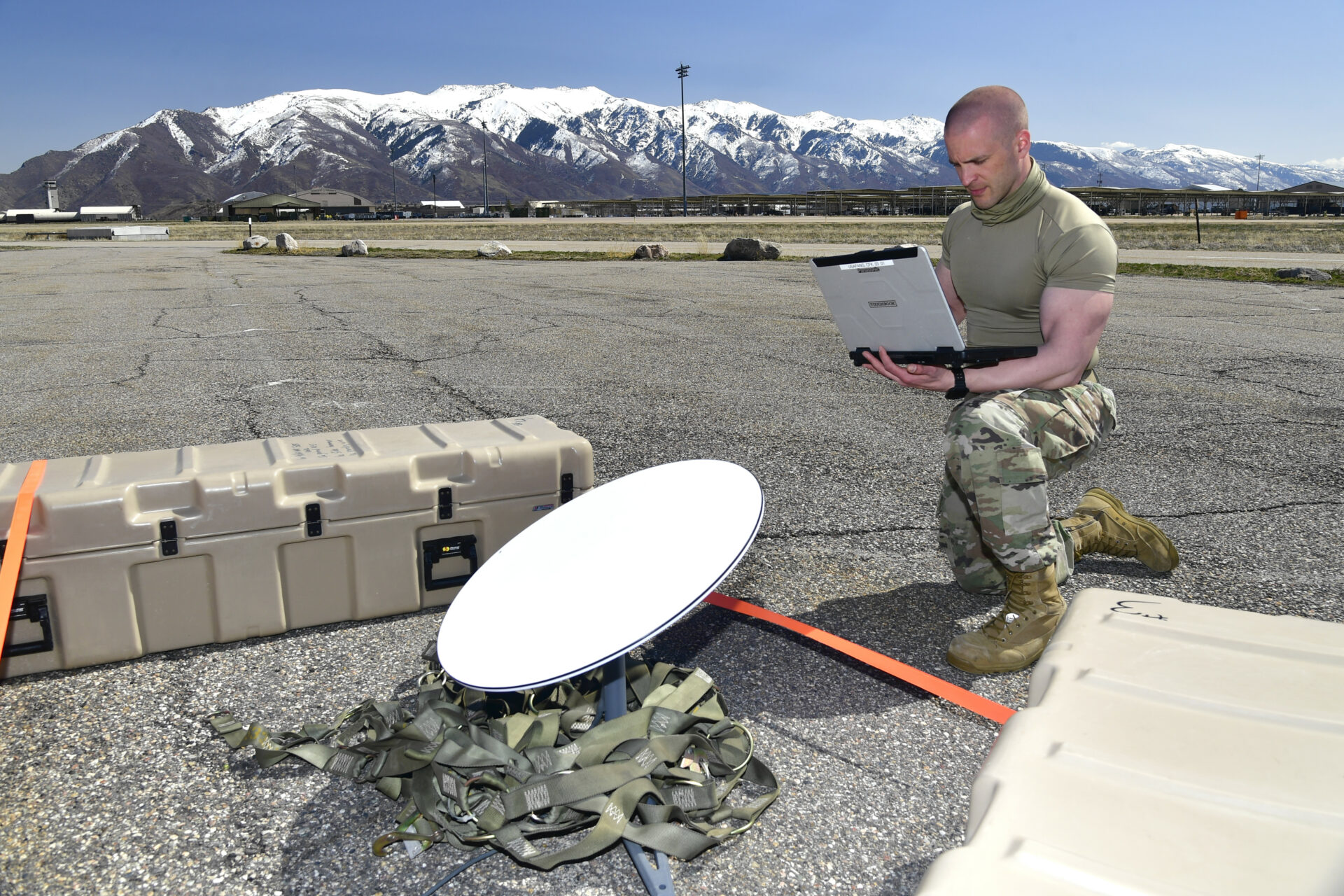 The week-long high-speed communications and connectivity tests were conducted at the Hill Air Force Base in Utah by cyber Airmen from the 388th Fighter Wing’s Operations Support Squadron.

“The flow of information is critical in any war-time environment, and space and cyber capabilities almost completely dominate that arena for modern militaries,” said the Air Force. “Speed and reliability in communications are demanding to support the cyber needs of the F-35’s associated systems.”

Median speeds on Starlink during the last quarter of 2021 surpassed 100 Mbps in the U.S. and Canada, with similar results in other countries.

“With the F-35, we are likely going to be using the ACE construct on any deployment, and we need resilient, redundant communications.”

As part of the testing, cyber Airmen used Starlink and cellular internet links to connect an F-35 deployed debrief facility (with an Autonomic Logistics Information System server stack) and looped back into the Air Force network’s “central point of entry” for F-35 supply chain and logistics.

According to the findings, the speeds delivered by Starlink were more than enough to support ALIS, along with individual NIPR and SIPR connections.

In fact, Starlink was faster than the military’s current satellite internet capabilities, which require a longer lead time and cannot viably transmit the amount of data required for remote F-35 operations even at their fastest speeds.

“If we have to get out the door quickly, that doesn’t work. When you look at operating out of a remote location for days, weeks, maybe longer, where we need ALIS, NIPR, and SIPR, it’s critical to have more agile communications,” said Cover said.

The group used a Flyaway Communications Terminal developed by the ABL team to achieve speeds up to 30 times faster than the military’s satellite internet, split classified and unclassified data, and provide redundancies with additional support for hardline networking and cellular connections.

“A huge piece of agile combat operations is hardening communications,” said Cover. “These teams are helping us develop better connectivity for the massive amounts of data that we need to push through ALIS.”

SpaceX’s plans to take Starlink mobile have been public for over a year now, and the company has been regularly testing the service aboard aircraft. However, this is one of the first publicized military applications of the satellite broadband service.

SpaceX and NASA signed a Space Act Agreement dated September 22 to study the Hubble Telescope for a potential reboot mission, as detailed in an announcement on Thursday. The idea would potentially boost the Hubble Telescope to orbit at a higher altitude using SpaceX’s Dragon spacecraft for no extra cost to the government. The plans […]
Peter McGuthrie
17 hours ago