The Tesla Model Y dominated the global plug-in vehicle market in February 2022 with a whopping 45,236 units sold, accounting for 8.3% of all plug-in vehicle sales during the month — reports CleanTechnica. 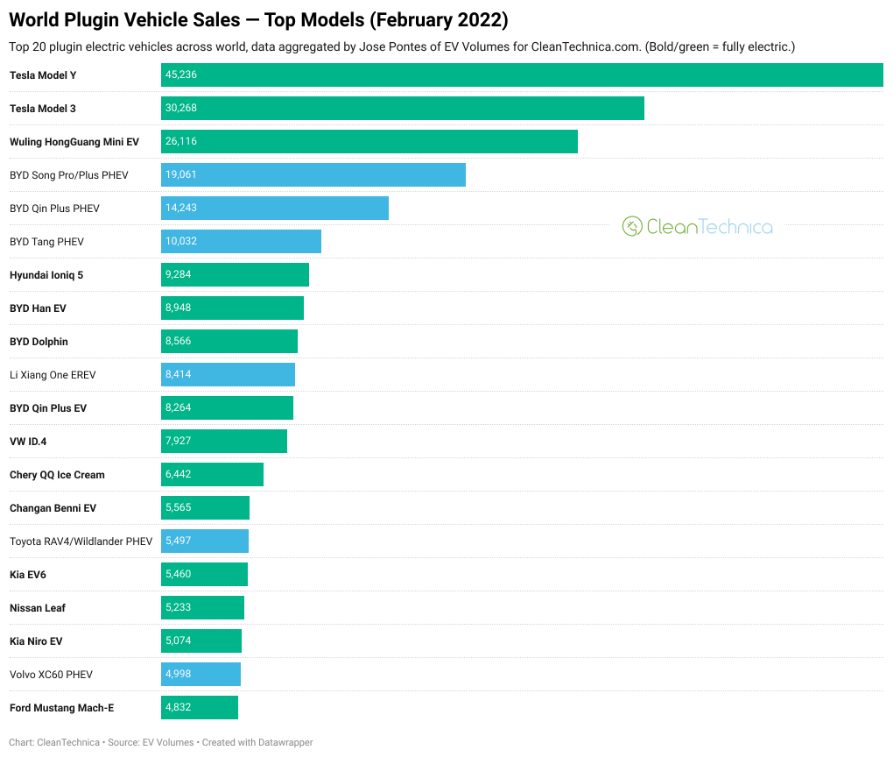 Tesla’s Model 3 ranked second with 30,268 cars sold, while the Wuling HongGuang Mini EV trailed behind the pair with 26,116 units sold.

Plug-in vehicle registrations across the globe were up 99% year-over-year in February 2022, with a total of 541,000 vehicles registered and a 9.3% share of the global automotive market. Battery electric vehicles (BEVs) alone accounted for 6.4% of global vehicle sales.

If you count the 587,000 units of plugless hybrid vehicles registered during the month, approximately 20% of all registrations in February featured some form of electrification.

The Model Y was also the world’s best-selling electric vehicle (EV) for January. During Tesla’s annual meeting of stockholders in October 2021, CEO Elon Musk said the Model Y “should become the best-selling vehicle of any kind”, globally, and the electric crossover’s market dominance is certainly a good omen.

Despite the Model Y and 3 outselling every other plug-in vehicle on the market, Tesla still lost out slightly to China’s BYD for the top plug-in brand spot due to the latter’s vast catalog of plug-in hybrids and its firm foothold in the Chinese market. 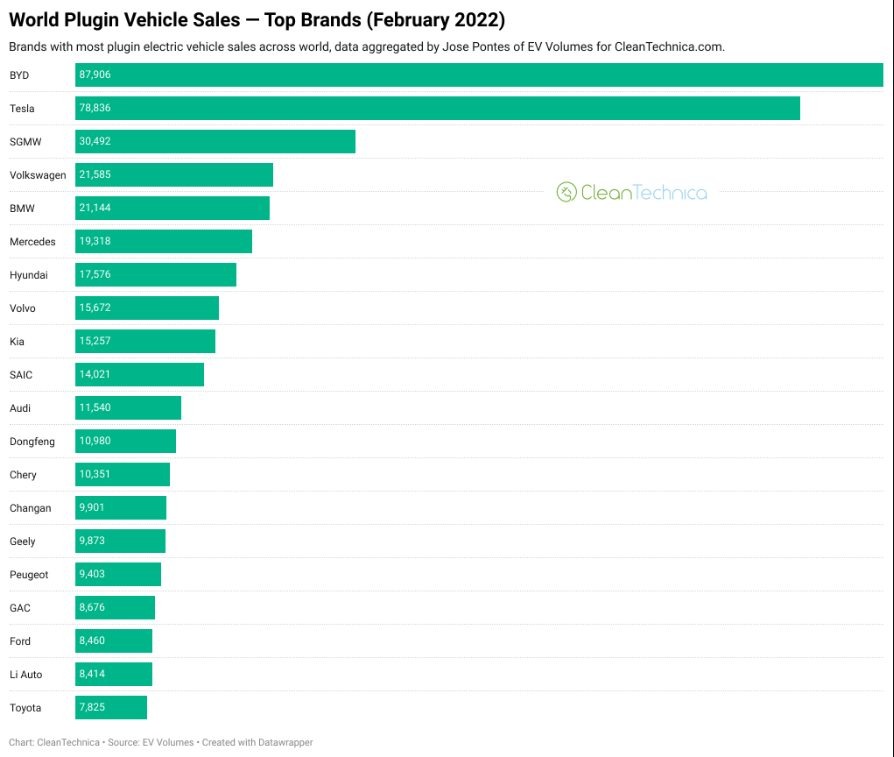 Now that Gigafactory Berlin is fully operational and delivering Model Ys, Tesla is expected to sell even more of its all-electric crossover moving forward.

Tesla on Saturday morning revealed its delivery numbers for Q1 2022. The company delivered a record 310,048 vehicles between January and March 2022 — up 67% year-over-year and exceeding any numbers the company has previously put up for any quarter.