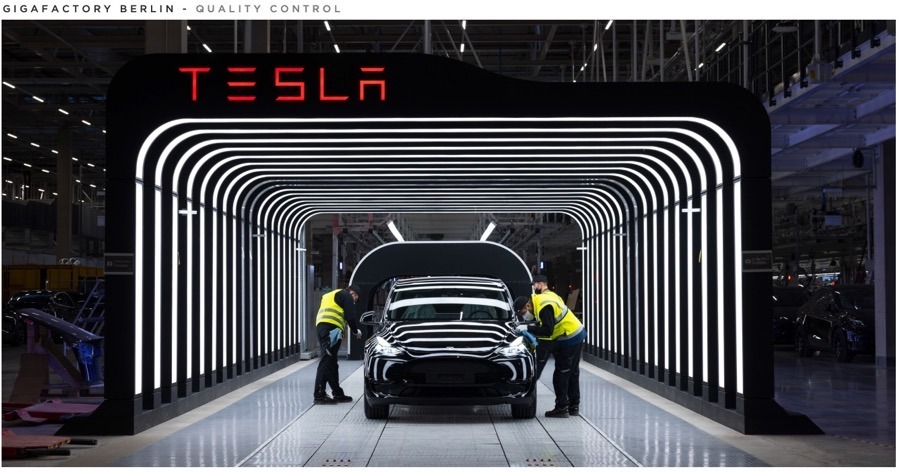 Tesla CEO Elon Musk has confirmed he will be in attendance at the company’s upcoming delivery event at Gigafactory Berlin-Brandenburg, slated for Tuesday, March 22. Musk will personally hand over the first production cars assembled at the factory to customers.

“Excited to hand over the first production cars made by Giga Berlin-Brandenburg tomorrow!” the Tesla CEO said in a tweet on Monday.

Excited to hand over the first production cars made by Giga Berlin-Brandenburg tomorrow!

German business newspaper Handelsblatt recently reported that local politicians and officials were expecting Tesla CEO Elon Musk to attend the delivery event. “When a Gigafactory starts operation, the first cars are handed over in the presence of Elon Musk,” said Joerg Steinbach, Brandenburg’s minister of economy. The delivery event will also include a factory tour for customers.

Replying to a tweet from Wedbush analyst Daniel Ives, Musk shed some light on what Giga Berlin going live will mean for Tesla. Ives said Wedbush sees Giga Berlin starting operations “as one of the biggest strategic endeavors for Tesla over the last decade.”

Musk responded to say that the localized European production from Giga Berlin will make “a huge difference to capital efficiency.”

Giga Berlin going online will not only bolster Tesla’s global production capacity but also cut down delivery times and vehicle pricing in Europe, putting Tesla in a much better position not only on Volkswagen’s home turf of Germany but in the continent as a whole. Volkswagen’s CEO admitted last year that Giga Berlin is bound to increase competition in Germany.

Tesla kicked off its 2022 AI Day by showing off a demo of its Optimus robot. The Optimum bot was able to walk out on stage on its own, wave to the crowd and even ‘raise the roof’ to music. Optimus was shown lifting boxes, working in a factory doing some light work and even […]
Sarah Lee-Jones
7 hours ago