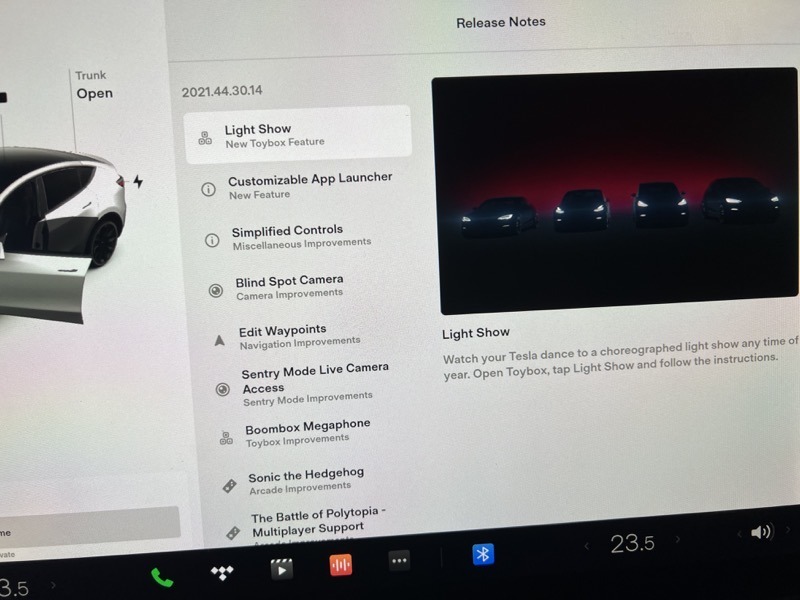 Tesla started rolling out its 2021.44.30.14 software update on Friday to vehicles in Canada, the U.S., France, and Australia, according to @Teslascope.

Canadian @kkvr2823 received the 2021.44.30.14 software update on his Model Y, and the release notes don’t show anything new, as they are the same as Tesla’s V11 holiday software update.

Tesla also started rolling out 2022.4.5.1 on Friday morning, but so far only one vehicle in the @Teslascope fleet has received it, suggesting this may be an employee vehicle.

Yesterday saw a wider rollout of 2022.4.5, bringing Tesla’s Car Colorizer to more vehicles outside of China.

Take a look at all of the new Tesla Superchargers that went live across the globe this past week, courtesy of data from Supercharge.info and the TMC Forums: Date Opened Location Number of Stalls Power Rating Official Listing September 26, 2022 2 Rua do Miradoiro, Vigo, Pontevedra, Spain 12 250 kW Tesla September 26, 2022 Strevelinsvej 13, […]
Nehal Malik
1 hour ago