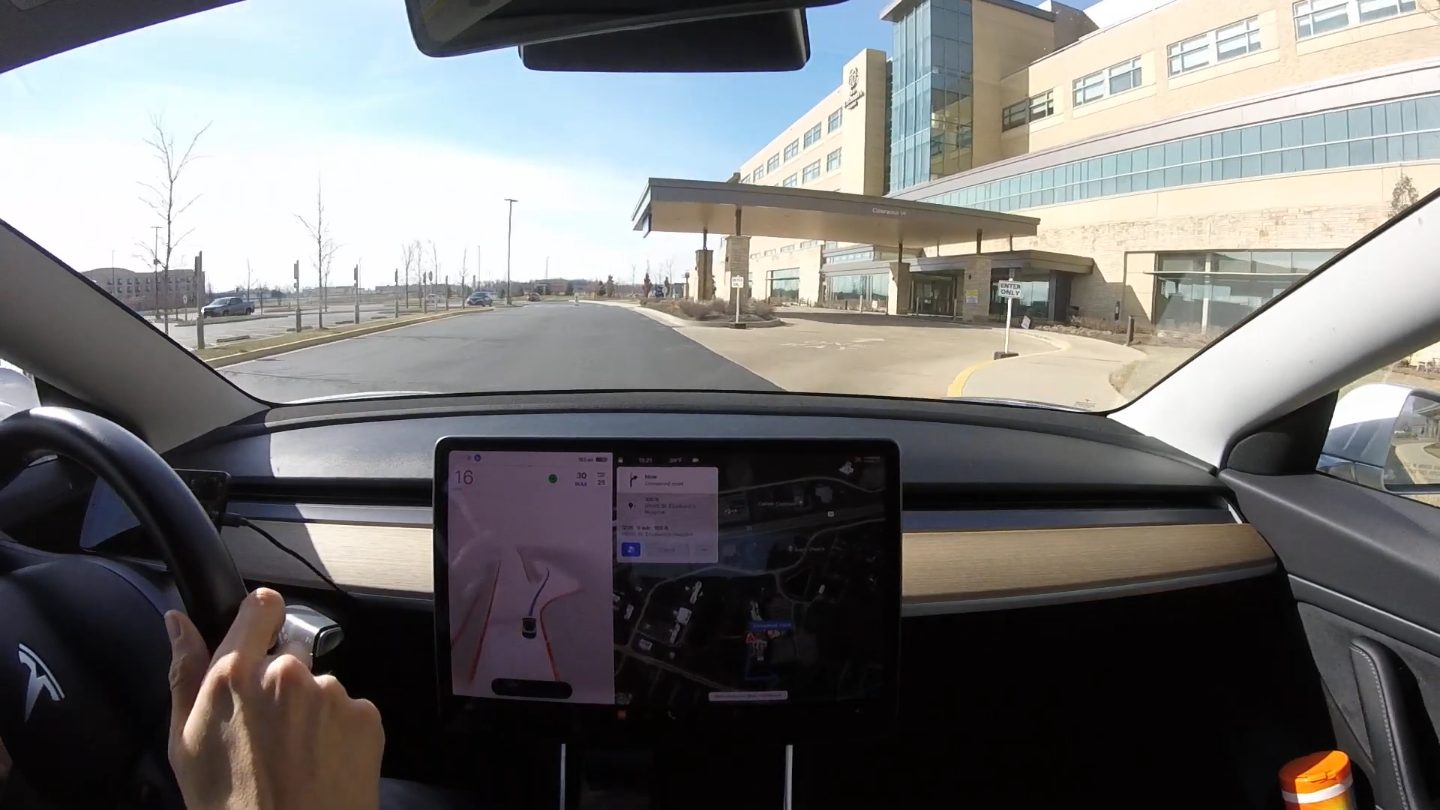 Tesla Full Self-Driving (FSD) beta tester oisiaa has shared his latest video, demonstrating how FSD beta 10.9 successfully drove him from a residential neighborhood to the emergency room at a nearby hospital with zero interventions on his part.

While there were a couple of instances that felt uncomfortable to the beta tester with respect to FSD’s chosen speed and the software’s penchant to slowly creep when turning onto main roads, FSD beta 10.9 exceeded the YouTuber’s expectations and was able to make the 3-mile journey entirely on its own.

Even on hospital premises where the beta tester presumed he would have to intervene, FSD was able to seamlessly navigate its way to the ER overhang, along with navigating a roundabout on the way.

“The software is definitely still a work in progress, and I wouldn’t rely on it to do something like this. And if you’re in such a bad position that you can’t drive yourself, you really need to call an ambulance instead of relying on Full Self-Driving beta, for sure,” the YouTuber concluded.

Tesla shipped version 10.9 of the FSD beta to beta testers earlier this month with software update 2021.44.30.10. For more real-world tests with FSD beta 10.9, take a look at how it handles unprotected left turns.

Plugin vehicle shares in the UK reached 22.4 percent, up from 21.6 percent year over year, according to CleanTechnica. The figure is made up of battery-electric vehicles (BEVs) at 16.9 percent and plugin hybrid electric vehicles (PHEVs) at 5.5 percent of the overall market share. A year ago, these figures landed at 15.2 percent and […]
Peter McGuthrie
15 hours ago