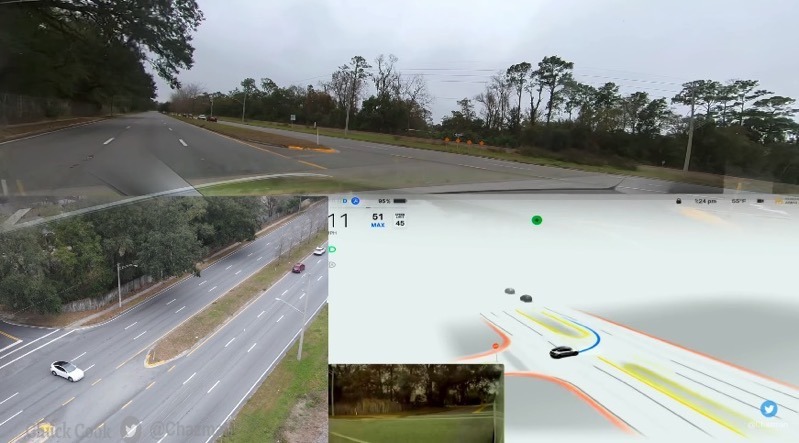 Cook is again testing unprotected left turns from the same location, as he has done so with previous FSD beta versions. His unique setup offers various vantage points, with a front camera mounted inside his car, plus a drone from the sky showing a bird’s eye view, along with an overlay of his Tesla’s screen showing visualizations.

His Tesla needs to first creep and scan three lanes, before heading to a median, then finishing the left turn onto three lanes as well. According to numerous tests performed by Cook, he believes the ‘creep’ is improving.

Tesla released the latest FSD beta back on January 17 to beta testers.