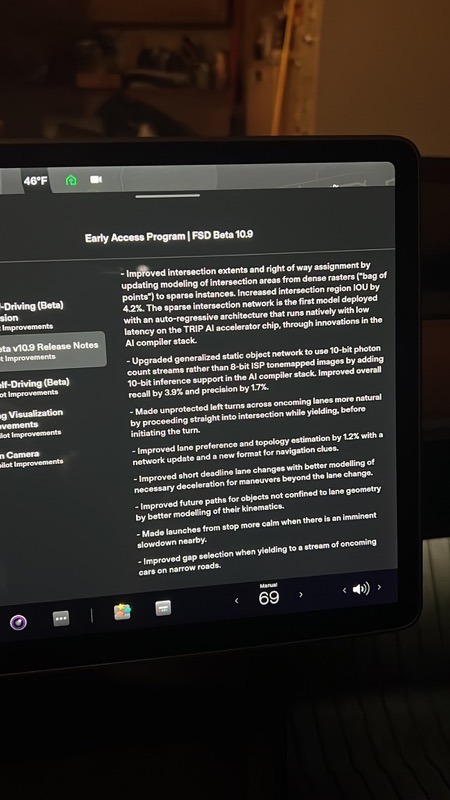 Tesla has started rolling out its 2021.44.30.10 software update to employees, and it includes Full Self-Driving (FSD) beta 10.9, according to @WholeMarsBlog.

Tesla FSD Beta 10.9 release notes are below, shared by @jereking23 in response to @WholeMarsBlog:

Tesla should likely release FSD beta 10.9 to public beta testers soon and we’ll likely see how these changes above apply to real-life when videos appears on YouTube, stay tuned.