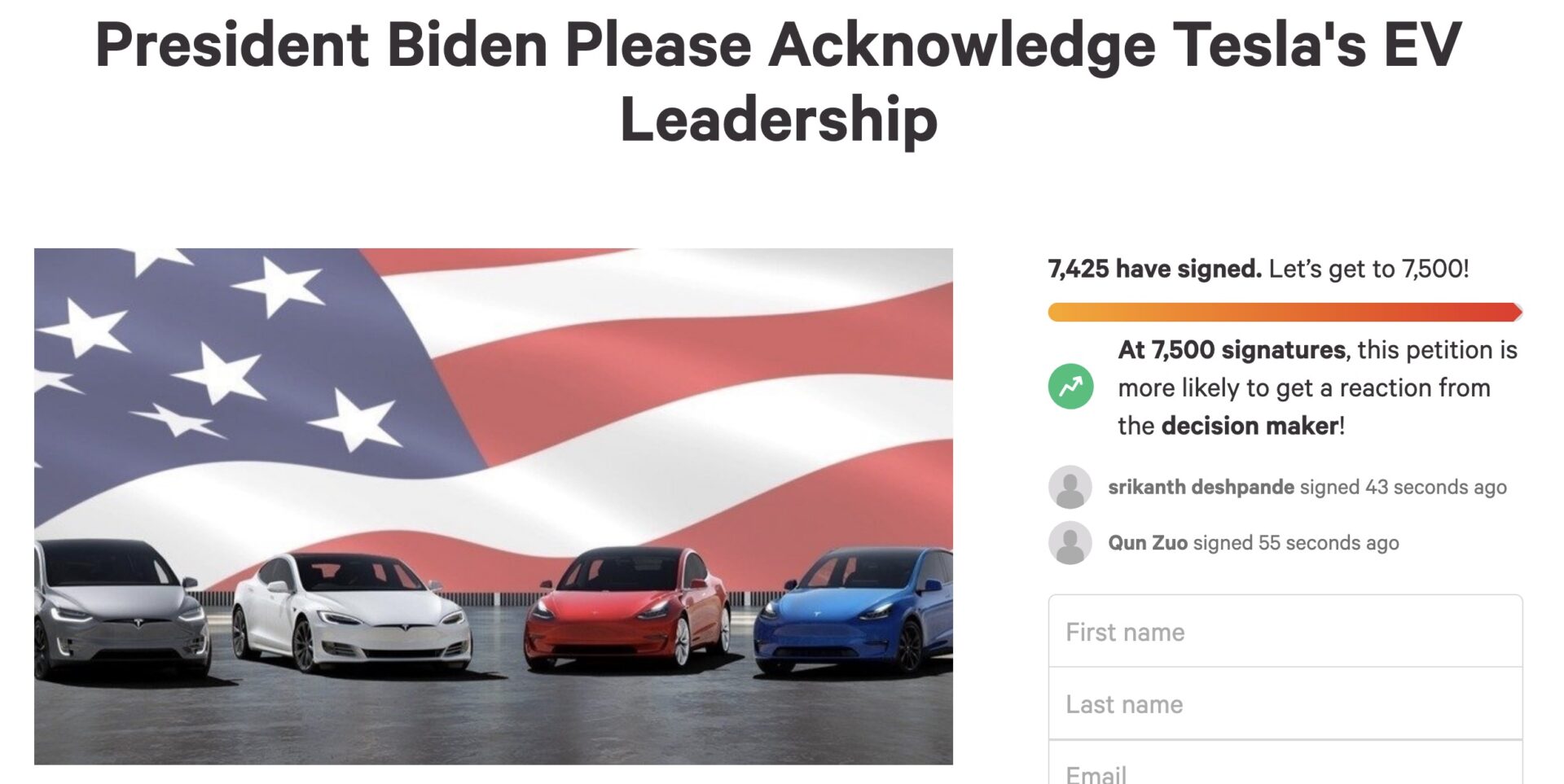 Not only does Biden’s Build Back Better plan lock Tesla out of the full $12,500 USD in tax credit offered for EV purchases, but the White House earlier this week also failed to invite CEO Elon Musk to a meeting with auto industry CEOs about the initiative and the future of EVs in America.

Following the meeting, Biden shared a video on social media where he stands beside General Motors CEO Mary Barra and heralds the legacy carmaker as a leader in domestic EV manufacturing.

In a recent interview with CNBC, Brian Deese, White House Director of the National Economic Council, skirted around a question that asked why the Biden administration refuses to invite Elon Musk and Tesla to these meetings or even acknowledge the company’s role as a leader in this industry.

.@SaraEisen asks @briandeesenec why @elonmusk wasn't invited to this week's White House meeting with CEOs about Build Back Better. pic.twitter.com/8GUg5P4thD

“This was a great meeting, we had CEOs from sectors across the economy — not just the automotive sector but the technology sector, the industrial sector, the healthcare sector,” said Deese. “It’s not about any one individual company.”

Deese said the Biden administration “wants the United States to be the place where the electric vehicle revolution is driven,” but the President appears to have no qualms turning a blind eye to the company that essentially pioneered it and paved the way for others.

The Biden administration’s indolence in giving credit where credit is due and engaging with Tesla on the country’s transition to all-electric has now led to thousands signing a new petition that urges President Biden to “acknowledge Tesla’s EV leadership.” 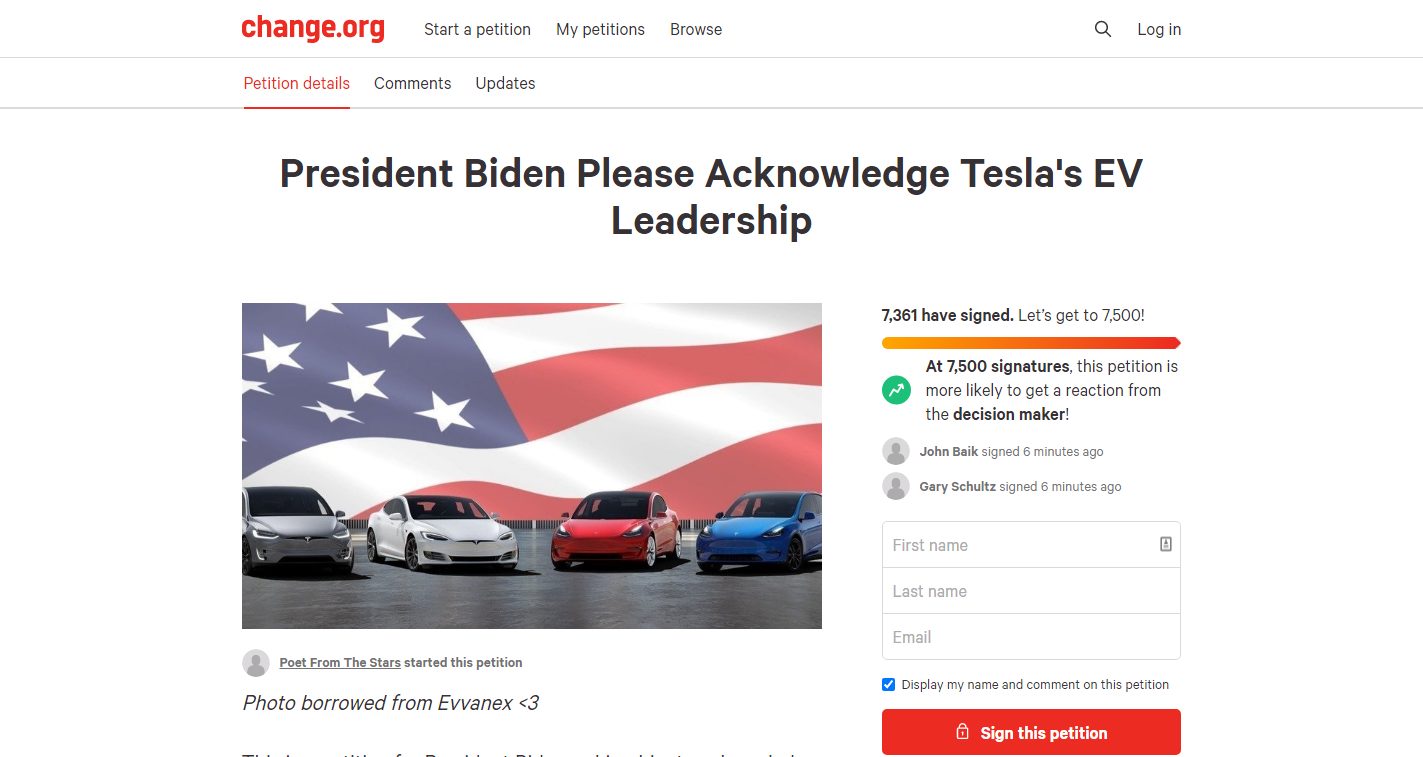 “This is a petition for President Biden, asking him to acknowledge Tesla’s leadership in regards to electric vehicles,” reads the Change.org petition.

The petition also targets the U.S. President’s insistence that GM is currently leading the EV race in the country. During the last quarter of 2021, GM delivered 26 electric vehicles, while Tesla delivered 308,650. For 2021 as a whole, Tesla delivered a record 936,222 electric cars, up 87% year-over-year.

“This is petty, honestly. And embarrassing,” the petition says.

At the time of writing, the petition has been signed by 7,361 people (and counting), putting it right within reach of its current milestone of 7,500 signees.

Tesla’s Gigafactory Texas is reportedly aiming for 75,000 units of the Model Y in the first quarter of 2023, according to an unnamed source who shared the information with electrek. The figure equates to more than 5,000 units per week at the site for the entire quarter, marking a significant production increase from the 1,000 […]
Peter McGuthrie
20 hours ago

Although Tesla currently remains the top electric vehicle (EV) manufacturer in the U.S., a new study shows that increasing competition is slowly chipping away at the company’s market share. Tesla has a 65 percent EV market share in the U.S. in the first nine months of 2022, which is down from 79 percent in 2020, […]
Peter McGuthrie
21 hours ago