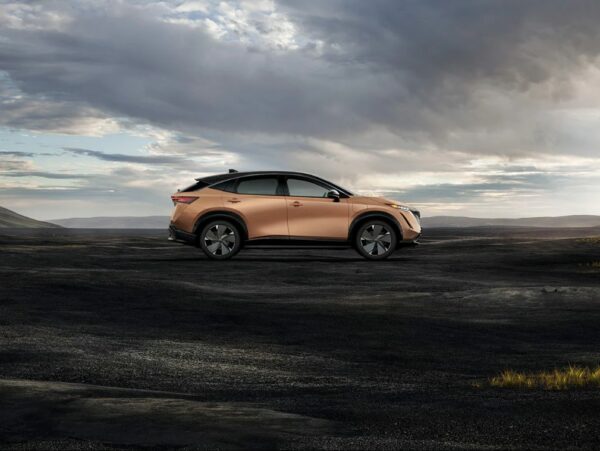 After Nissan unveiled its Ariya electric SUV last year, the company is officially partnering with two other automakers to invest in the future of zero-emission technology.

Nissan and Renault announced plans on Thursday to invest 23 billion euros ($26 billion USD) over the next five years into electric vehicle (EV) technology, according to Yahoo Finance.

While Nissan plans to focus on developing a next-generation battery for the EVs, Renault will develop electronics and software for the vehicles.

Together, the companies plan to share research data, technology and auto parts in order to reduce prices on future EVs and to ultimately develop and release 35 new EVs by 2030.

Tesla Model 3 Tops Nissan Leaf for Most Popular EV in the UK https://t.co/c06hKGU5qU

During an online event, the partnership’s chairman Jean-Dominique Senard said, “Today we are lifting the hoods of the alliance together.”

The EVs are set to be unveiled in markets around the world, and they’ll share five separate common platforms.

The automaker also unveiled the Nissan Townstar compact electric van for the European market last year, featuring 177 miles per charge and releasing alongside a gas version of the van.

Currently, the auto industry continues to grapple with a semiconductor and parts shortage. Tesla was able to increase its vehicle production and deliveries by nearly 90% year-over-year in 2021, while the rest of the industry struggled. The automaker is now the top luxury carmaker in the United States, according to Cox Automotive data.

A new electric vehicle (EV) crossover is set to hit markets in the late fall, featuring up to 304 miles (489 km) of range and coming from Nissan. Nissan is set to release the Ariya electric crossover at a starting price of $43,190 in the U.S., as announced on Wednesday. The EV crossover is set […]
Peter McGuthrie
1 day ago