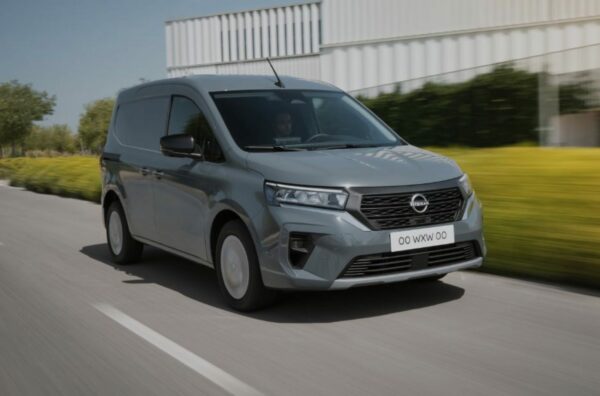 Amidst Nissan’s other light commercial vehicles (LCVs), the company has introduced a new variable model that’s set to replace some of the company’s older offerings.

Nissan announced a variable powertrain called the Townstar, offering both gas or fully-electric powertrains for Europe, according to a press release from the company on Monday.

The announcement explains plans to replace the NV250 and e-NV200 in its current offerings, alongside the Interstar and Primastar models which will replace the NV300 and NV400.

In the press release, Nissan writes, “Building on the success of the Nissan e-NV200, a pioneer and leader in the electric LCV market, the fully electric version of the all-new Townstar, available in van and passenger versions, is optimized to meet customer needs.”

The electric Townstar will feature a 44 kWh battery and an intelligent energy management system with battery thermal cooling. In addition, the Townstar will offer a range of an estimated 285 kilometers (177 miles), though it hasn’t yet been evaluated by the World Harmonised Light Vehicle Test Procedure (WLTP) as of yet.

The company will also a 1.3-liter gas version of the compact van, which is set to debut in the European market. Nissan has yet to share a release date for the newly-announced vehicle, though it says it will be “disclosed at a later date.”

Nissan has also alluded to an electric Nissan Titan truck, though it has yet to reveal any new information about it since last year.

Nissan’s first zero-emission vehicle has almost run its course, ahead of the automaker’s plans to revamp its EV lineup in the coming years. Following more than a decade-long run as one of the few electric vehicles (EVs) available, Nissan is looking to phase out its Leaf EV, according to unnamed sources in a report from […]
Peter McGuthrie
2 months ago