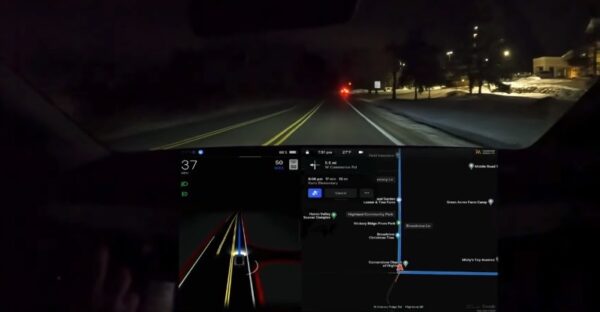 Tesla’s AI team is hiring for a number of Deep Learning and other Engineer roles, as announced by the automaker’s Director of Artificial Intelligence Andrej Karpathy on LinkedIn on Tuesday.

The positions listed on Karpathy’s post include a Deep Learning Engineer/Scientist, three different Software Engineers, a Backend Engineer and a Frontend Engineer.

The Deep Learning Engineer/Scientist position says that the candidate will focus on “deep learning models that advance the state of the art in perception and control for autonomous driving.”

According to Karpathy, the position will also use learned skills from Full Self-Driving (FSD) to apply to the Tesla Bot.

In the LinkedIn post, Karpathy said, “There is no other organization that vertically integrates, develops and deploys cutting edge robotics AI at this scale.” Karpathy continued, “Our goal is to improve the safety and comfort of driving along the way to automating transportation with Full Self-Driving. We are also applying everything we’ve learned to our humanoid robot ‘Tesla Bot’, which I believe is on track to become the most powerful AI development platform.”

Karpathy says those interested can message him directly on LinkedIn with their questions and resumés, with full time and intern roles available in Palo Alto, California.

Tesla also posted engineering positions for its Tesla Bot as early as August last year, alongside announcements that the company would be developing a prototype in 2022.

Tesla’s first software update of this year, 2023.2.0.5, recently started rolling out, bringing new features to the heated steering wheel and Sentry Mode, plus more But there are also some undocumented changes as with most software updates, according to tips sent to Not A Tesla App. One of them was the new ability to view […]
Peter McGuthrie
5 hours ago

Tesla has added a “camera preview” feature to the vehicle’s service menu, as spotted this week by @Stian Walgermo. The feature came as an update to Tesla’s software in version 2023.2.0.5, most of the new features of which were simply minor fixes. The feature shows a simple view from the camera, without having to use […]
Peter McGuthrie
9 hours ago

Recent weeks have brought on conversations about Tesla’s price cuts in markets around the world, and now the automaker is pushing a new message on its website for Model 3 leasing. Tesla’s Model 3 is now leasing at prices as low as $399 per month, according to a change on the automaker’s website yesterday, notes […]
Peter McGuthrie
10 hours ago