According to the company’s official WeChat account, a launch event for the EVOGO brand will take place on Tuesday, January 18. CATL is yet to provide any more information on the new brand. 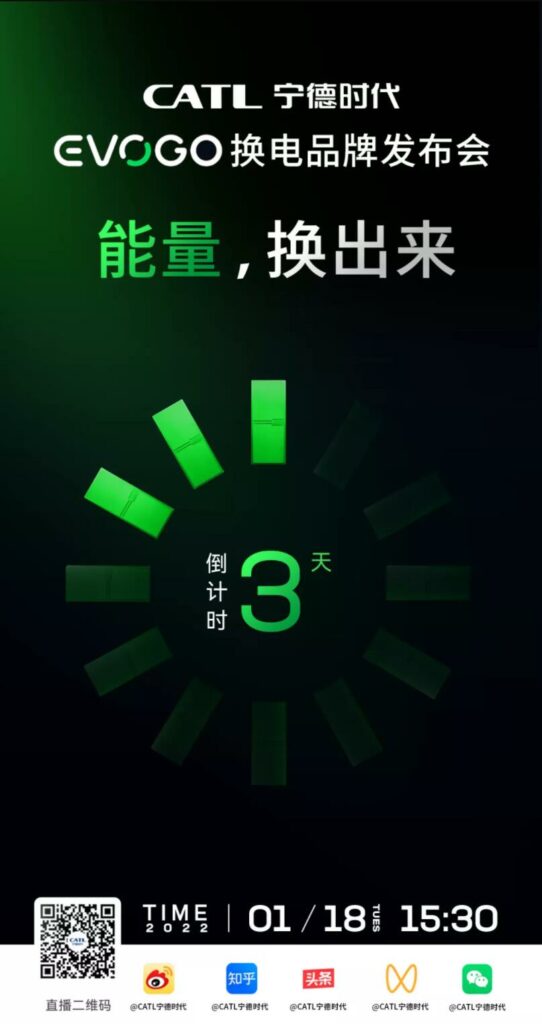 CATL is the largest supplier of EV batteries in China by quite a significant margin. The company commanded more than half of the EV battery supply in China for 2021, at a whopping 52.1%.

China’s biggest battery maker provides EV batteries to some of the biggest industry names both in the region and outside, including EV giant Tesla. In fact, CATL broke ground on a new battery production facility just blocks from Tesla’s Gigafactory in Shanghai last year, and the facility has already started supplying batteries to Giga Shanghai.

It remains to be seen whether the company plans to build its own brand of battery swap stations directly or work with other operators of the facility, and whether the venture will be geared towards the cab market or regular EV consumers.

CATL is not completely new to the battery swap space, though. Late last month, CATL signed a cooperation agreement with Guizhou province in southwestern China to jointly build a battery swap network. The agreement indicates direct investment from CATL in this emerging form of energy replenishment for EVs that is starting to catch on in China.

According to the agreement, the two sides will cooperate in building a network of battery swap facilities for new energy vehicles (NEVs), improving battery swap capacity for NEVs in the region.

In addition, CATL is also a major stakeholder in Mirattery, a BaaS (Battery as a Service) battery rental business launched as a joint venture with Chinese EV maker NIO–which also does EV battery swaps–and others.

NIO founder, chairman, and CEO William Li said on Saturday that the electric vehicle (EV) maker is making good progress on its smartphone project and teased that the first model could launch within a year (via CnEVPost). Li said back in March that the company started looking into phone manufacturing after customers expressed interest in […]
Nehal Malik
22 hours ago