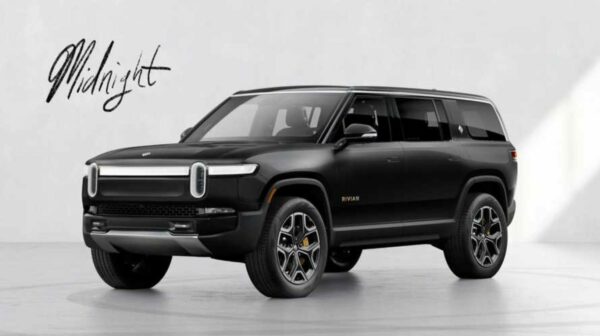 Just as Rivian starts delivering the first models of the R1T to employees, the company has announced delivery delays for reservation holders of the slightly-more expensive R1S, pushing delivery timelines back significantly.

Rivian has pushed back deliveries of the R1S Launch Edition electric SUV at least until May or June of 2022, according to emails the company sent to customers, obtained by InsideEVs.

While initial delivery timelines of the vehicle held it would be delivering in January, after starting production at the company’s Normal, Illinois plant in December.

The full email can be seen below, and it’s worth noting that the company doesn’t mention its initial December production plans, leaving that out altogether. 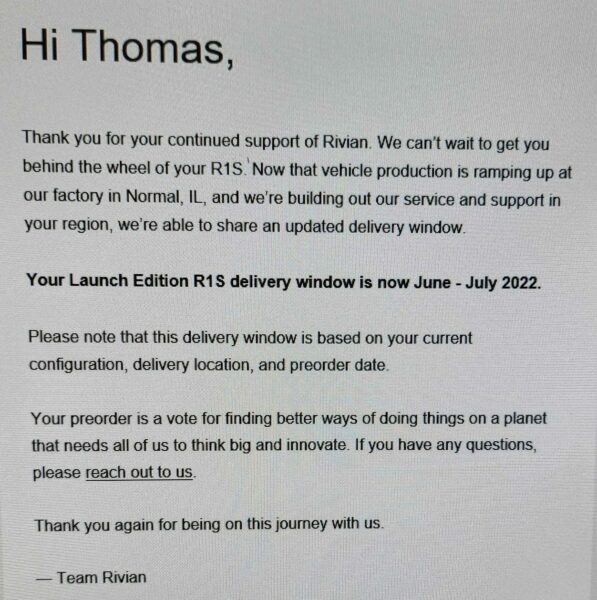 Some Rivian reservation holders didn’t appreciate the delays very much, with one saying he cancelled his preorder when he got the email.

Another reservation holder said he was tired of waiting and also cancelled his preorder, citing a separate preorder for the Volkswagen ID.4.

The Rivian R1T electric truck has been reviewed a number of times by now, which hopefully means Rivian can focus on producing the R1S and getting deliveries out.