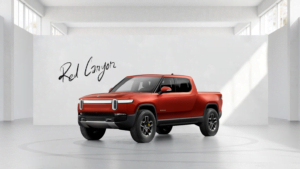 Fans of electric vehicle (EV) startup Rivian have something to be excited about this morning, as many await the release, production, and delivery of the company’s first truck and SUV.

Rivian has now announced that its order configurator for the R1T and R1S will go live next week, meaning that customers will finally be able to order and reserve their preferred Rivian EVs for 2021 delivery.

Pre-order holders will gain access to the reservation site starting Monday the 16th, while the public will have to wait until the following Monday, the 23rd.

The configurator allows customers to reserve EVs with preferred options on interior, battery range, color, wheels, tires, and even an added camp kitchen. Rivian’s announcement also includes the addition of a “Launch Edition” Rivian, a limited configuration reserved for those who reserve during the launch campaign.

The lowest possible starting price for a new Rivian would be for the Explore Package R1T at $67,500 (USD), closely followed by the R1S Explore Package, priced at $70,000 (USD). But these aren’t coming until January 2022.

The launch edition starting price for Rivian’s R1T is $75,000 (USD), while the R1S is just slightly more expensive at $77,500 (USD). Both supposedly include a 300+ mile range, though the vehicles are still a long ways out from being EPA-tested and approved.

In any case, it’s exciting to see Rivian get things moving, especially after delays were announced earlier in the year, leaving fans saddened and awaiting once more. Now we wait until the Tesla Cybertruck enters the chat…

Electric vehicles (EVs) are inching their way into the mainstream, and new approval from the federal government for upcoming charging stations is expected to expand the charging network significantly. The U.S. Transportation Department (USDOT) announced the approval of EV charging station infrastructure plans for all 50 states, Washington D.C. and Puerto Rico on Tuesday, reports […]
Peter McGuthrie
14 mins ago

Electric vehicles (EV) are becoming popular rental cars through Hertz following partnerships announced last year, and another joint goal will see the advancement of charging stations in the U.S. Hertz announced a partnership with British Petroleum (bp) on a national network of EV charging stations, as detailed in a press release on Tuesday from the […]
Peter McGuthrie
4 hours ago