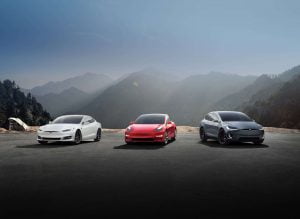 Zero-emission vehicles (ZEVs) are a hot topic throughout the world right now, and various countries, companies, and other organizations are finding ways to help the public gain access to these electric vehicles (EVs).

In a new initiative, the Canadian ZEV Industry Coalition, born of Transition Accelerator and Electric Mobility Canada and with support from Dunsky Energy Consulting, plans to align various successful elements of Canada’s industries to create a single supply chain for ZEVs, as reported by Electric Autonomy.

With the aim of creating a national, synchronized ZEV supply chain, @CanAccelerator, @EMC_MEC and Dunsky Energy, supported by @iveyfoundation, are working to create the Canadian ZEV Industry Coalition #EVVEconf https://t.co/AruvT2GsUt

Moe Kabbara, a consultant with Dunsky Energy Consulting said in an interview, “There is a lot of activity happening — a lot of really world-class activity — but it’s sort of disjointed across governments and industry. We could really benefit from bringing this together.”

Kabbara continued, “You haven’t thought of mining companies as part of the automotive supply chain traditionally. But with electric vehicles they have become a critical part of that supply chain. This coalition would bring together mining companies and parts manufacturers and automakers and researchers and everybody who is working on this under a single, united voice.”

First proposals for the initiative are already set to be released in May or June of 2021, and making sure the project, and ZEVs in general, are successful in the long-run is a key motivator in the initiative’s infancy.