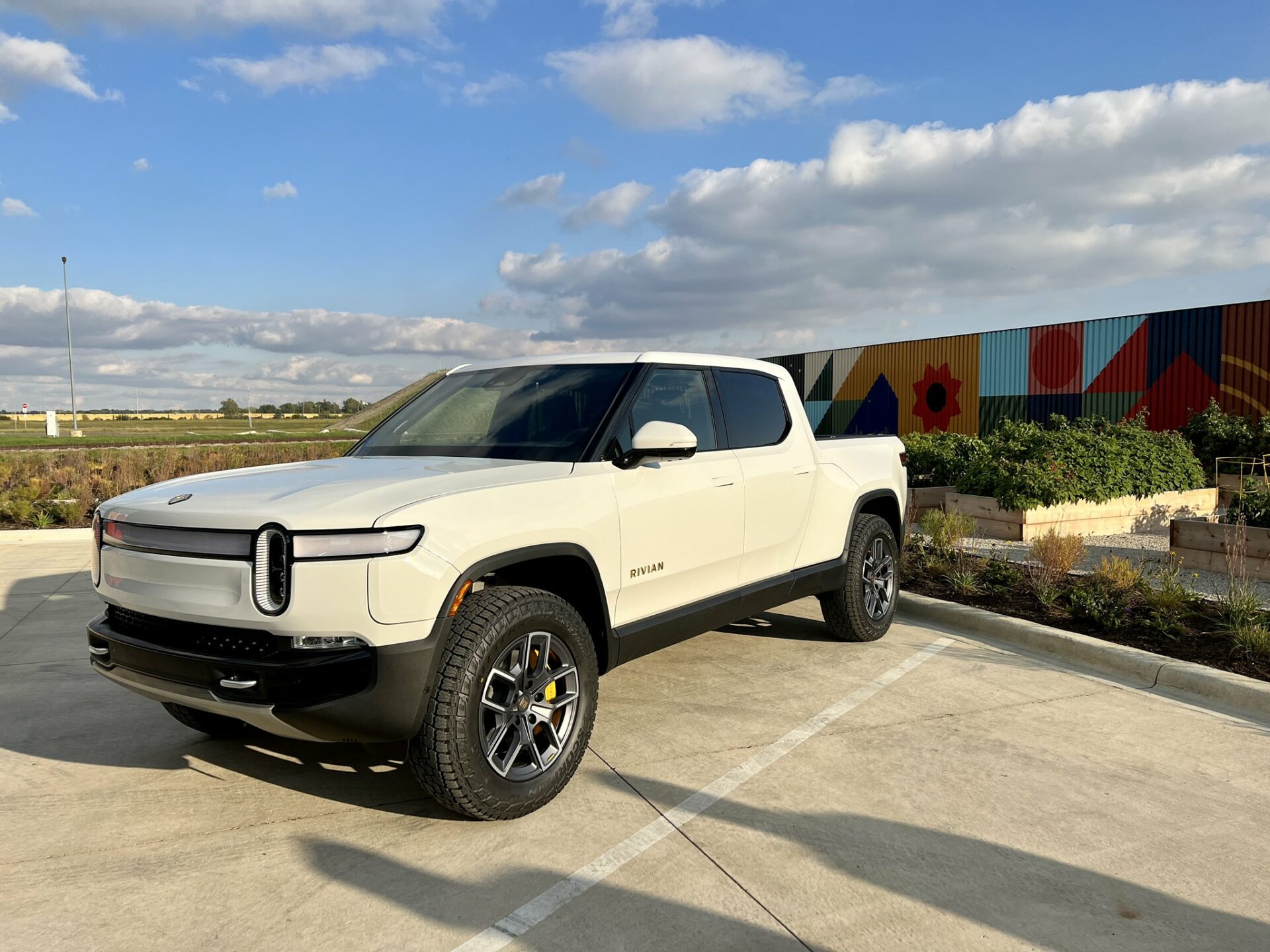 After Rivian’s all-electric R1T truck started rolling off the production line last month, the first deliveries are now going out to the startup’s employees and earliest customers.

Travis Munson (@travislmunson), a facilities strategist at Rivian and former Tesla employee, took delivery of his Glacier White R1T on Friday, and proceeded to share images of the company’s first production vehicle on Twitter.

A few more photos from my #rivian #r1t delivery yesterday! Taking it on a road trip to Chicago today! pic.twitter.com/eQgTdirHvA

The R1T has received glowing reviews from tech YouTuber Marques Keith Brownlee (aka MKBHD) and Motortrend, with the automotive publication calling it the “most remakrable pickup” ever driven.

One eagle-eyed Twitter user noticed some apparent and disproportionate panel gaps in the fit and finish of Munson’s R1T — a manufacturing inconsistency that Tesla has caught a lot of flak for.

To be clear, I don’t actually care about that stuff, it’s just all these hypocrites call out Tesla for it when it’s not as bad as this…. pic.twitter.com/MRCdRTTbun

Munson took a road trip to Chicago as soon as he got his hands on the R1T, posting updates to Twitter from the road. He’ll definitely be going on a lot more road trips, and you can follow along @travislmunson.

Electric automaker Rivian announced its Q3 earnings on Wednesday, which saw production of 7,363 vehicles and delivery of 6,584 vehicles. Rivian said its production ramp “is in line with our expectations despite the challenging supply chain environment.” Rivian says it now has a backlog of 114,000 R1 preorders, as of November 7, 2022, mainly from […]
Sarah Lee-Jones
4 weeks ago