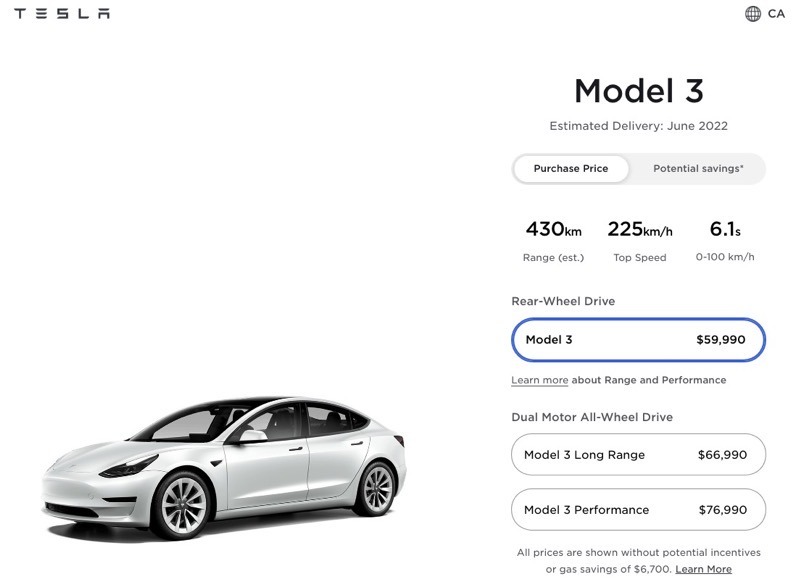 Tesla has increased the price of the Model 3 and Model Y in Canada again.

Discussion on the Tesla Model 3 and Y Canadian Groups on Facebook noted the price changes and how the price increase now makes the entry version no longer eligible for Canada’s $5,000 CAD federal EV rebate.

Canada’s iZEV webpage also mentions the removal of the Tesla Model 3 for the federal rebate.

This color change matches was happened in the United States earlier this month, after owners asked for a new free color, as white Teslas have been dominating the streets.

Back in October, Tesla increased the price of Model Y up $4,000 CAD. The entry Model 3 also saw a price increase last month as well. Tesla is clearly seeing heavy demand for its cars and prices are increasing.

Tesla’s global production of the Model Y and 3 is set for a sharp increase in Q4 with expectations of major growth in 2023, according to internal plans reviewed by Reuters this week. The growth is expected to happen due to Tesla’s Giga Berlin and Texas ramping up production substantially, putting the company on track […]
Peter McGuthrie
41 mins ago

Tesla’s 3-for-1 stock split took place last month, and one firm is emphasizing how strong the stock looks despite the current economic and supply chain landscape. In a memo to clients this week, Deutsche Bank analyst Emmanuel Rosner reiterated a Buy rating and said the firm remains “impressed” with Tesla, noting the automaker’s operational execution […]
Peter McGuthrie
1 hour ago