Polestar Precept Teased as the Polestar 5, Coming in 2024 [VIDEO] 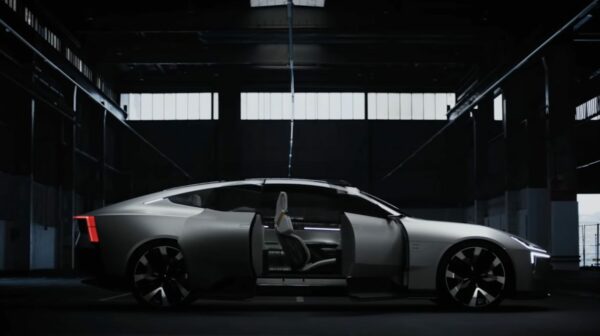 After announcing plans earlier this year to launch Polestar in nine new markets across the world in 2021, Polestar is sharing more about its exterior design process in a new series.

On Tuesday, Geely and Volvo-owned Polestar shared a new episode from a series of design and concept videos called “From Concept to Car,” and the recent episode discusses the company’s approach to exterior design.

In the video, Polestar’s Exterior Design Manager Nahum Escobedo talks about his process, including the fact that he avoids looking at cars when beginning the design process – so as to not “lock [oneself] into a corner,” design-wise.

Escobedo goes on to explain how his inspiration comes from a variety of other products like radios, cameras and airplanes, as well as other things like architecture.

Earlier this year, Polestar CEO Thomas Ingenlath said the Precept was set to start production, though delivery dates and pricing still have yet to be announced – though the recent set of teaser videos probably means it’s getting close.

The Polestar Precept will debut in 2024 as the Polestar 5, quite a few years away from now.

Tesla has left Volkswagen in a tough spot on the veteran automaker’s home turf after recently dropping the prices of its Model 3 and Model Y electric vehicles (EVs) by up to 16.8% in Germany. The discounts, which Tesla said were a result of “normalizing” inflation, have led to increased demand for and interest in […]
Nehal Malik
3 days ago

Transportation officials in San Francisco are trying to slow the rollout of robotaxis in the city, arguing that they can pose a road hazard to other drivers and that more data is needed before they can be allowed to freely roam the streets — reports NBC News. San Francisco has become a bit of a […]
Nehal Malik
3 days ago

Lucid Motors saw its stock price jump by as much as 98% on Friday, closing at $12.87 per share (up 43%), as rumors of Saudi Arabia’s Public Investment Fund (PIF) considering a full takeover of the luxury electric automaker made the rounds — reports the Silicon Valley Business Journal. The news represents a breath of […]
Nehal Malik
4 days ago