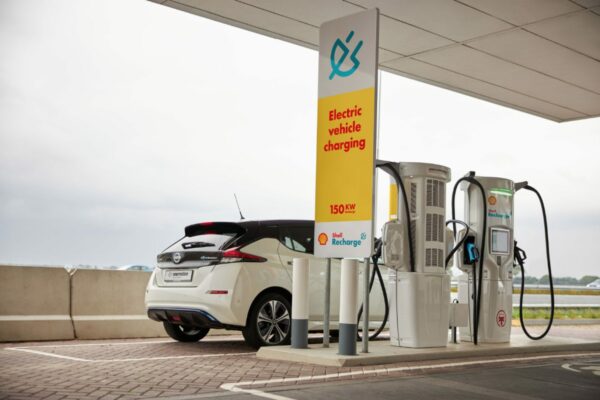 After Shell’s announcement of plans to build as many as 500,000 electric vehicle (EV) charging points across North America by 2025, the company has received federal funding which it plans to use to bolster its charging network in Canada.

The network will include 36 different locations, spanning British Columbia, Alberta, Saskatchewan, Manitoba and Ontario, as shared in a report from NRCan’s EV and Alternative Fuel Infrastructure Deployment Initiative.

It isn’t yet clear if the locations in the report include Shell’s entire plans for its network under this funding, or if those are simply locations that are being offered public money to do so.

Shell also announced a partnership with General Motors (GM) earlier this year, set to offer home-energy plans backed by renewables to customers of Chevy, Buick, GMC or Cadillac in Texas.

Fellow company 7-Eleven also received about $300,000 CAD in federal funding, which the company apparently plans to use to establish 12 charging stalls at six locations across British Columbia according to the report. The news also follows 7-Eleven’s announcement of plans to build 500 new chargers across 250 sites in the U.S. and Canada by 2022’s end.

Another state is targeting a major shift to electric vehicles (EVs) by the mid-2030s, following California’s mandate on going emission-free. New York Governor Kathy Hochul (D) said on Thursday that the state will need to shift to selling only zero-emission vehicles by 2035, as reported by The Hill. “We’re really putting our foot down on […]
Peter McGuthrie
24 hours ago