As Tesla’s solar roof demand increases, the company has had to shift its solar arm pricing and options quite a bit in the past few years, though a recent update shows the company is set to deploy a new, higher-efficiency solar roof tile.

Tesla is launching a solar roof tile with a higher maximum output, called the SR72T1, according to a datasheet shared by electrek on Monday.

While the current standard for Tesla’s solar roof tiles offer a 58.5-watt capacity per tile, the new models feature a 71.67-watt max output, ultimately marking a 22 percent increase in power capacity despite no increase to the tile’s size. 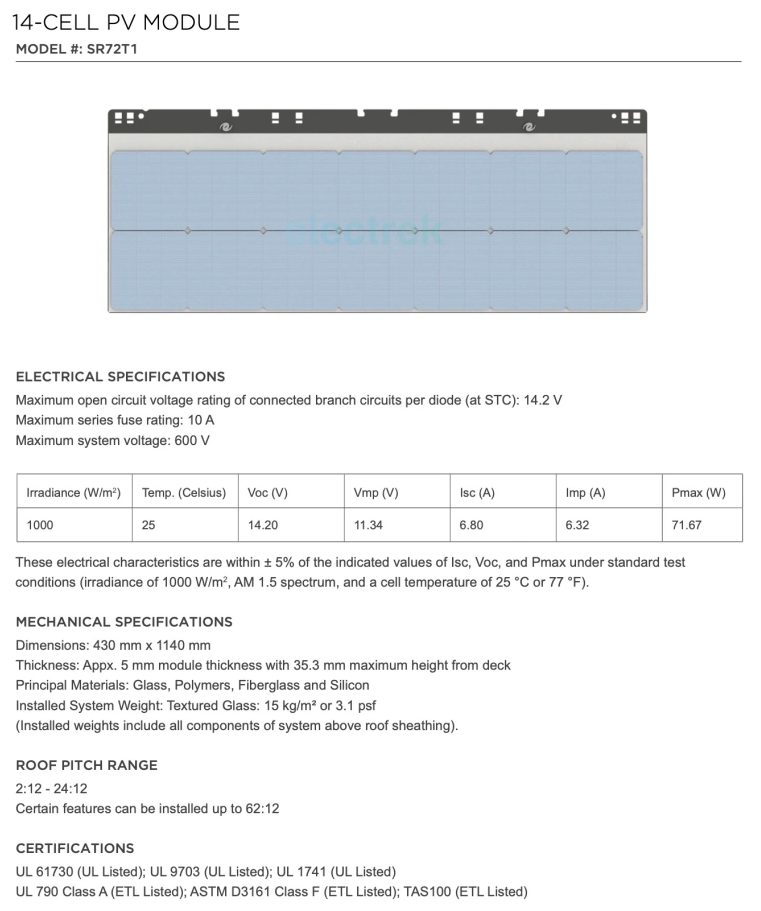 While Tesla doesn’t use solar tiles for every single tile when installing solar roof tiles, and the company simply installs solar units where they will be most effective, the new tile makeup will still allow the company to pump out significantly more power for each roof installation.

The datasheet also details two different roof types, including single layers of both a three-tab composition shingle layer, or an architectural composition layer – either of which could also be installed over a previously-existing roof, according to the datasheet.

In September, Tesla axed solar subscriptions, so only cash and loan customers can now purchase a solar roof.

The U.S. Securities and Exchange Commission (SEC) has launched a probe into Elon Musk for his role in directing the branding around Tesla’s self-driving car ambitions — reports Bloomberg. According to the publication, the efforts are part of the regulator’s ongoing investigation into Tesla’s claims surrounding its Autopilot and Full Self-Driving (FSD) features. SEC officials […]
Nehal Malik
14 hours ago