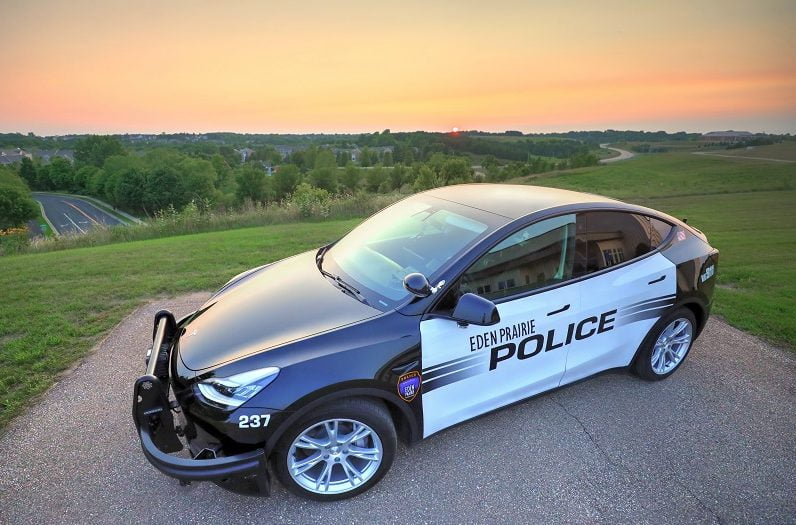 It’s no secret that police departments switching to electric vehicles (EVs) stand to save a lot of money in maintenance and fuel costs, and a new update shows that one Pennsylvania police department is considering trying out a Tesla to see if it would be a feasible option for future cruisers.

West Goshen Police Department in Pennsylvania is considering adopting a Tesla for Police Chief Michael Carroll as an administrative vehicle, as well as to cart him back and forth into the West Goshen township, according to the Daily Local.

The vehicle would not be used as a patrol car, though the department will use it to evaluate if the move would be possible down the road.

In an email, Carroll wrote, “This request is to further the township’s goal of becoming greener and to test the feasibility of using EVs in the police fleet.” Carrol continued, “If we anticipate a minimum of seven years of use, we need to save less than $1,200 per year ($100 per month) on fuel and maintenance to recoup the township’s initial investment. We feel confident that this will occur.”

While the board hasn’t yet decided whether to purchase a Tesla and it isn’t clear which Tesla they would purchase specifically, the move would be expected to bring lower maintenance and fuel costs for the department, as the same switch has been offered to many other police departments across the U.S. in recent years.

Tesla-Hertz Deal is a ‘Win-Win’ for Both Companies, Says Hedge Fund Manager