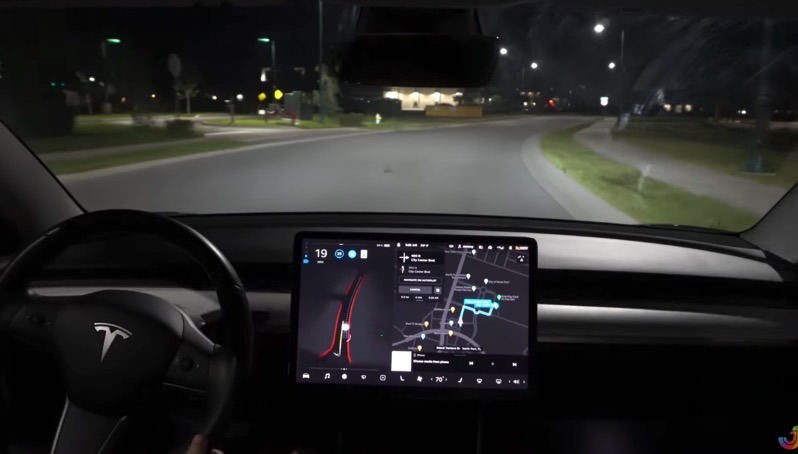 When will Tesla expand its Full Self-Driving 10.2 beta beyond those with Safety Scores of 100? According to Tesla CEO Elon Musk on Tuesday afternoon, that could happen “maybe next week.”

Replying to @JeffTutorials when asked when Tesla would be expanding FSD beta 10.2 to owners that opt-into the beta with lower than perfect Safety Scores, Musk replied, “Maybe next week. We’d like to get to 10.3 before expanding the beta.”

Now, we all know what Musk means when he says something like “maybe next week”…that could be a much further timeline. 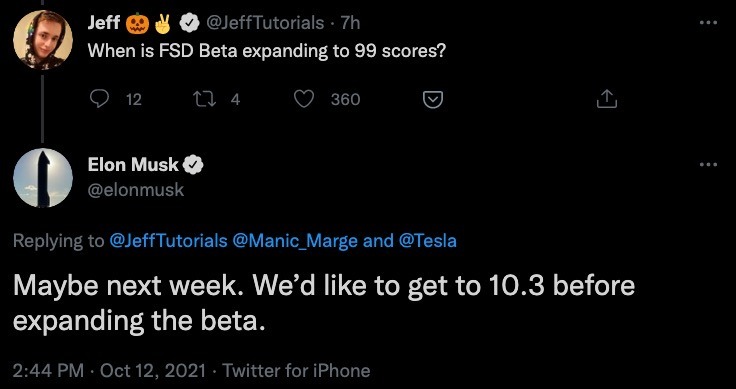 With FSD beta 10.2 released on Monday, it marked the first time Tesla’s beta software expanded beyond its original test fleet, meaning owners that paid $10,000 for FSD would be able to get access to the beta, but only if they had a Safety Score of 100.

We saw some first drives of FSD beta 10.2, with early testers impressed at going hands-on with the software for the time.

FSD beta 10.2 now requires the interior cabin camera to be clear and unobstructed, in order for Autopilot to work, adding another safety layer to those testing the early software.