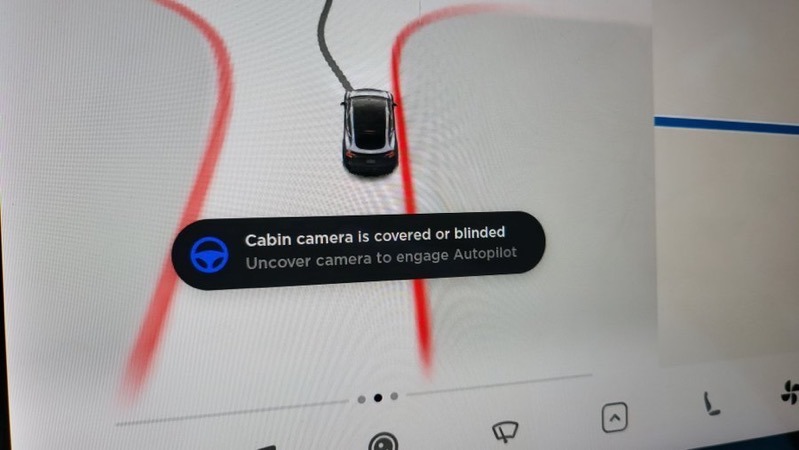 With today’s release of Tesla’s Full Self-Driving (FSD) beta 10.2, the company expanded its fleet of testers by 1,000, allowing those with perfect Safety Scores to test the beta software.

A new requirement in FSD beta 10.2 no longer allows you to cover the in-car cabin camera. According to a new message, if you try to turn on Autopilot with the camera covered, it won’t let you.

“Cabin camera is covered or blinded,” reads the message. “Uncover camera to engage Autopilot,” explains the message, as shared by @DirtyTesla.

“Looks like you can no longer have your camera covered. New message in #FSDBeta V10.2. If you cover camera while beta is on, Autopilot will tell you to take over immediately,” said @DirtyTesla.

It also appears the camera will make sure FSD beta testers stay off their cellphones, according to @DirtyTesla. “Also I checked my phone at a red light, and when the light turned green, the car beeped and said please pay attention to the road! Very cool!,” added @DirtyTesla.

Now, it’s unclear if Tesla has added this mandatory cabin camera for Autopilot as a temporary measure, but we can see the extra safety step needed with a new batch of FSD beta testers on the roads.

You can click here to check out our roundup of some of the first FSD beta 10.2 test drives.