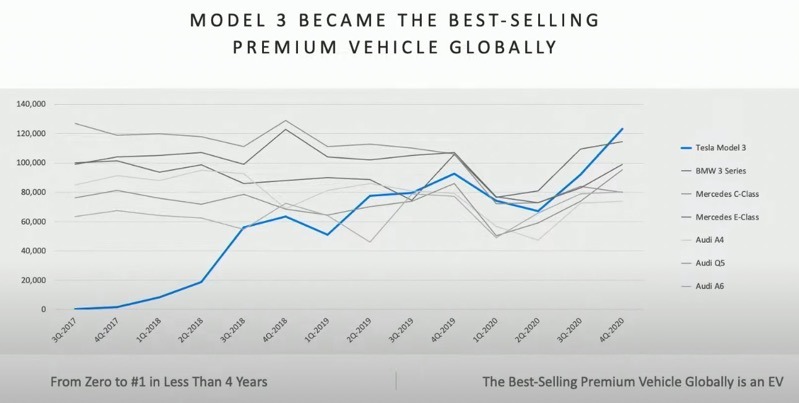 A chart from Tesla’s slide deck shows the Model 3 going from zero to number one in less than four years. “The best-selling premium vehicle globally is an EV,” explained Tesla.

The chart shows Model 3 sales topped the BMW 3 Series, Mercedes C-Class and E-Class, Audi A4 and Q5 and A6.

“I almost got arrested at one point for claiming that we’d do 5,000 a week, literally. Haha…who’s laughing now,” said Musk.

Immediately after, this is when Musk said the company believes the Model Y “should become the best-selling vehicle of any kind, globally,” exceeding the Model 3.

The feat of the Model Y will be thanks to Tesla’s factories in Fremont and Shanghai being joined by Texas and Berlin-Brandenburg, with the latter two expected to start production later this year.