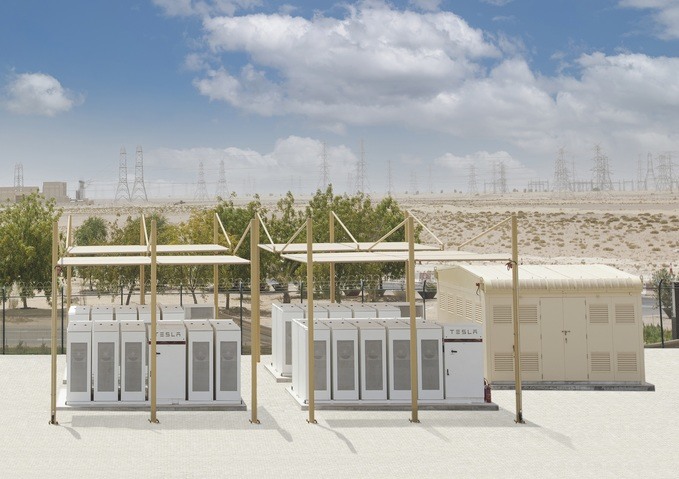 “The pilot project will evaluate the technical and economic capabilities of this technology within the operational framework of electricity systems in solar photovoltaic power plants. It also tests the role of this technology in the integration between clean energy and energy storage to achieve maximum efficiency and reliability.”

The Powerpack-driven BESS at the Mohammed bin Rashid Al Maktoum Solar Park is the second-largest energy storage solution at the facility. The largest is a sodium sulfur (NAS) batteries-backed system from Japan’s NGK. Both energy storage systems at the solar park support bi-directional flow of electricity both to and from the grid, so energy can be stored from generated solar power and from the grid.

Planned expansions at the Mohammed bin Rashid Al Maktoum Solar Park will increase its generation capacity by up to five times what it is now by 2030. If all goes well with this pilot project, the facility could add a lot more Tesla Powerpacks to its energy storage solution in the future.

Tesla Model Y buyers in Australia could bring the SUV’s price down by as much as $10,000, making it as affordable as the Mazda 3 with a new tax deal, according to The Driven. To achieve this level of savings, buyers must qualify for a combination of incentives including the country’s new fringe benefit tax […]
Peter McGuthrie
14 hours ago