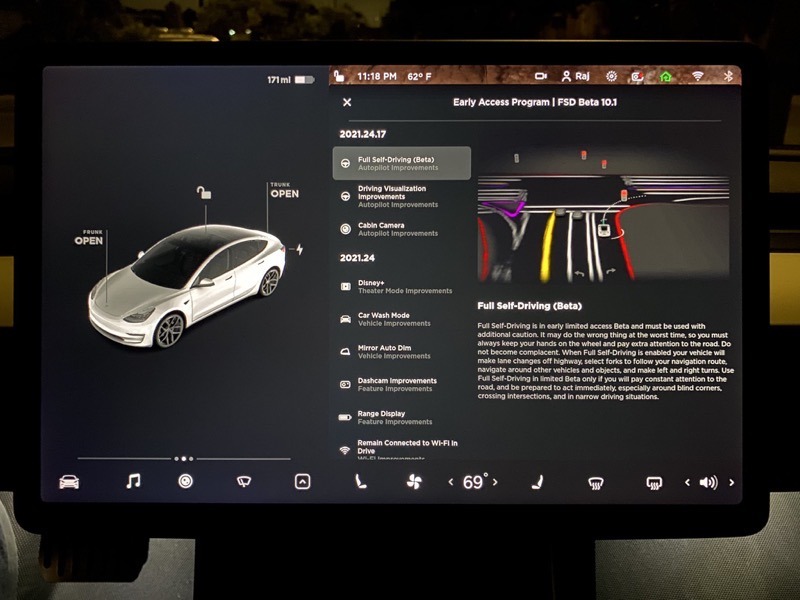 As promised, Tesla has released Full Self-Driving (FSD) beta 10.1 on Saturday night, after delaying it by one day.

The release notes detail Autopilot improvements to FSD beta, along with driving visualization improvements and cabin camera updates as well.

Lots of early testers with access to FSD beta 10.1, including James Locke (@arctechinc), are set to test the latest update and share videos to YouTube. According to Locke, FSD beta 10.1 comes in at a 2.9GB download.

Just about time to go for a test drive with #FSDBeta 10.1 pic.twitter.com/eVS5YiAGbw

Yesterday, Tesla released its 2021.32.22 software update, which contains the new FSD beta button, to allow for the first time public access (those that paid $10,000 USD for FSD) to the limited release software, but only if their ‘Safety Score’ meets the company’s strict requirements.

Tesla’s big AI Day 2022 is here and it is slated to start at 6:15pm PDT/9:15pm EDT from Palo Alto, California. The event is to recruit engineers to “build the future of AI”. According to the AI Day invite, attendees will “learn about Tesla’s latest developments in artificial intelligence, including Full Self-Driving, Tesla Bot, Dojo […]
Sarah Lee-Jones
9 hours ago