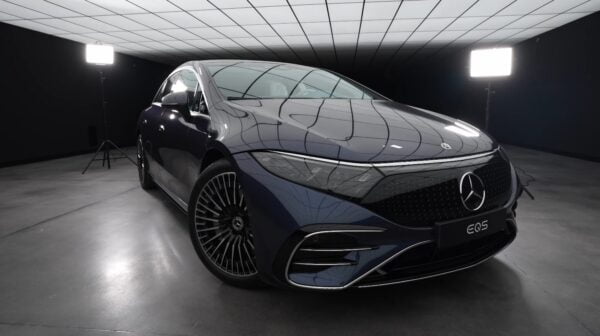 The Mercedes-Benz electric vehicle (EV) EQ platform unveiled its flagship EV earlier this year, the EQS, and on Tuesday the company officially shared the pricing models for the upcoming vehicle.

Mercedes-Benz has announced pricing and different packages for the upcoming electric 2022 EQS sedan, which starts at a base price of $102,310 USD, according to a press release.

In the release, the company also detailed its MBUX touchscreen dashboard, as well as the vehicle’s AI and Driver Assistance Systems.

The EV will also include three separate trim-level variant packages, including the affordable Premium (base-level) variants, an Exclusive variant and a Pinnacle variant – each of which features a selection between the cheaper EQS 350+ Sedan and the EQS 580 4MATIC Sedan.

In August, Mercedes-Benz also unveiled EQS pricing in Europe priced starting at $106,000 Euro, set for delivery to customers in 2022 just like those for U.S. markets.

Jay Leno reviewed the regular 2022 Mercedes-Benz EQS saying that it had “true aerodynamics” and considering it a high-level luxury car.