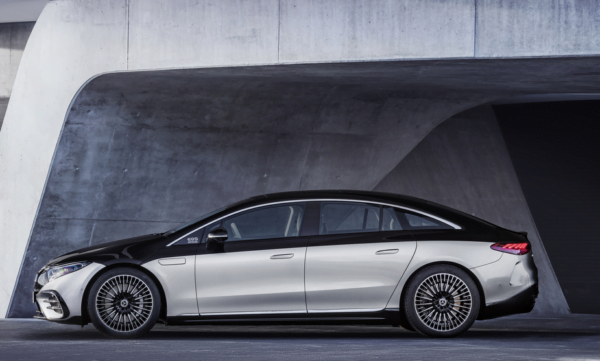 Mercedes-Benz has been teasing its new 2022 EQS luxury model for the past few months, and in a new update, the company has officially unveiled the model.

In a press release Thursday, Mercedes-Benz released the 2022 EQS luxury sedan, set to be the first electric vehicle (EV) in its Mercedes-EQ line of zero-emission cars in the United States.

While it’s not clear from the release how the luxury sedans will be priced, both variants will be fully electric and will take 31 minutes to charge at a DC fast-charging station.

Opening up for a world of luxury: the automatic comfort doors* in the all-electric #EQS. Time of arrival: today, 6 p.m. CEST. #MercedesEQ #ProgressiveLuxury

*This video shows features that will not yet be available at the time of market launch. pic.twitter.com/FQmvnssnqB

The EQS battery included in both variants will feature 107.8 kWh of usable battery content, and the car itself will feature over-the-air software updates, 8 CPU cores with 24 GB of RAM, and a highly modifiable MBUX Hyperscreen, among other things. 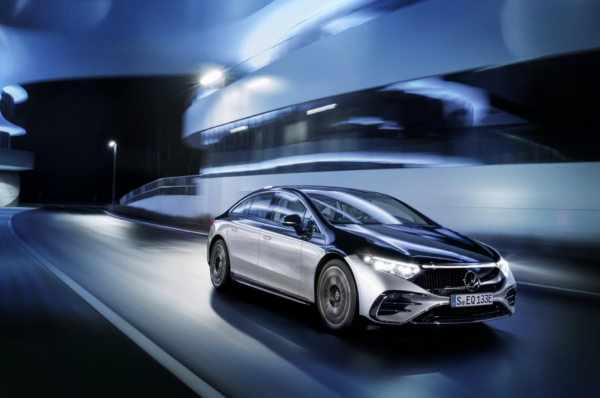 The release is also considered a milestone in Daimler’s “Ambition 2039” goal, which holds that Mercedes-Benz cars will have EVs and plugins make up over 50% of its car sales by 2030.

Within the goal, Mercedes plans to roll out its Mercedes me Charge charging network, which will reportedly feature 100% renewably generated energy to charge Mercedes vehicles. 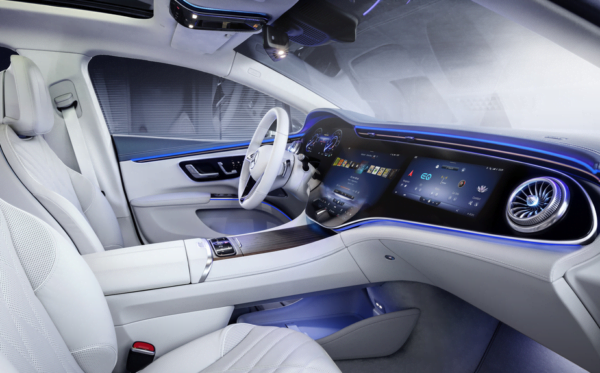 It’s unclear how consumers will react to the new electric offering from Mercedes-Benz, but it’s clear more choice is a good thing, as it drives competition amongst manufacturers to keep improving their offerings.

Rivian and Mercedes-Benz signed a Memorandum of Understanding for a strategic partnership to produce electric vans, as detailed in a press release shared on Thursday. The joint venture will produce custom electric vans for both brands, with both automakers seeking leverage on shared investments and costs. Rivian and Mercedes are also looking to increase operational […]
Peter McGuthrie
2 weeks ago