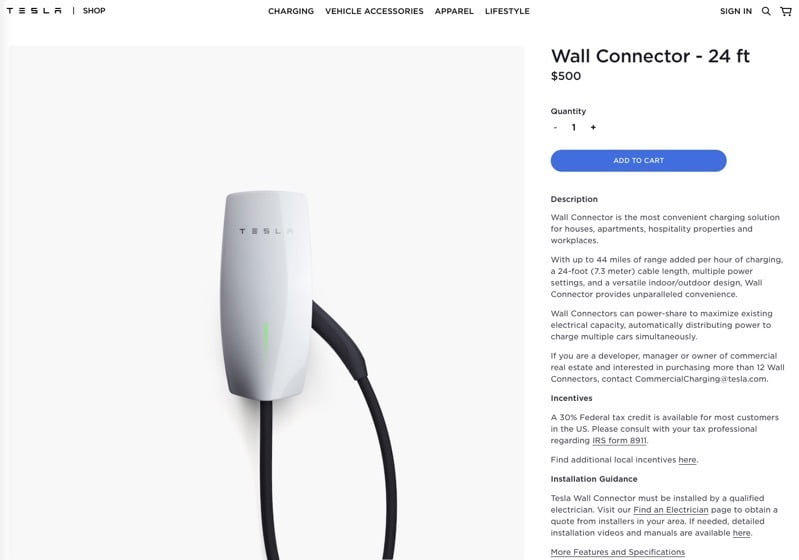 Tesla has brought back an original cable length for its Wall Connector charging solution, now available in 24 feet again (via @SawyerMerritt).

According to Tesla, its Wall Connector can be installed at homes, apartments, hospitality properties and at places of work.

The connector offers up to 44 miles of range per hour of charging, and back-from-the-dead 24-foot (7.3 meter) cable is lengthier than previous options currently out of stock (18 feet and 8.5 feet).

Tesla’s Wall Connector is available for purchase online at $500 USD.

Correction: story updated to note the 24-foot Wall Connector is not new, as it was available years ago, but now just brought back for sale again. We regret the error.

With Tesla’s AI Day coming up on Friday, many onlookers are wondering what special announcements and new updates the event could hold. After tweeting the AI Day 2022 poster on Wednesday, Tesla CEO Elon Musk shared a few more details about the event. @ElonMusk retweeted the Tesla AI Day 2022 poster, adding that the event […]
Peter McGuthrie
10 hours ago