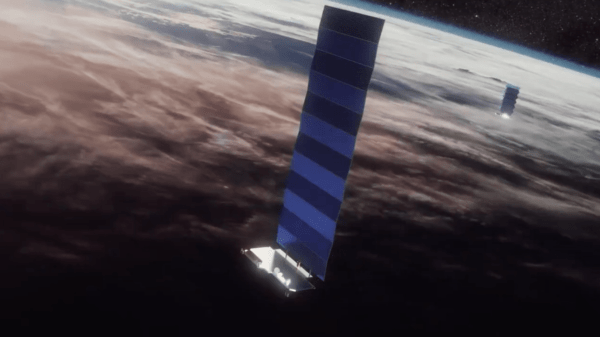 On Tuesday, SpaceX filed a response with the FCC to Amazon satellite company Project Kuiper’s attempts to block upcoming Starlink launches of the company’s second-generation satellites, according to @Michael Sheetz.

The filing calls the original claims from Amazon a “delay tactic” for mitigating competitors, despite SpaceX’s over 1,700 satellites already launched and Amazon’s own failure to provide documentation for its own requests from the FCC.

SpaceX Founder @Elon Musk also weighed in on the post, saying that “filing legal actions against SpaceX is *actually* his full-time job.”

The follow-up post also included a photo with text from the response, explaining that, while Amazon hasn’t filed with the FCC to address or respond to how its system would mitigate interference or collisions with orbital debris in over 400 days, it took the company just 4 days to file with the FCC when attempting to block SpaceX’s gen2 satellites.

In the letter’s conclusion, SpaceX’s David Goldamn writes, “SpaceX has submitted complete information on its proposed next-generation constellation, satisfying every information requirement in the Commission’s rules.” A few lines down, Goldman continues, “As Amazon’s former Chief Executive has said in the past, procedural maneuvers––like the ones Amazon now deploys––have ‘become the bigger bottleneck than the technology.'”

You can read SpaceX’s full response to Amazon below, courtesy of @Michael Sheetz. 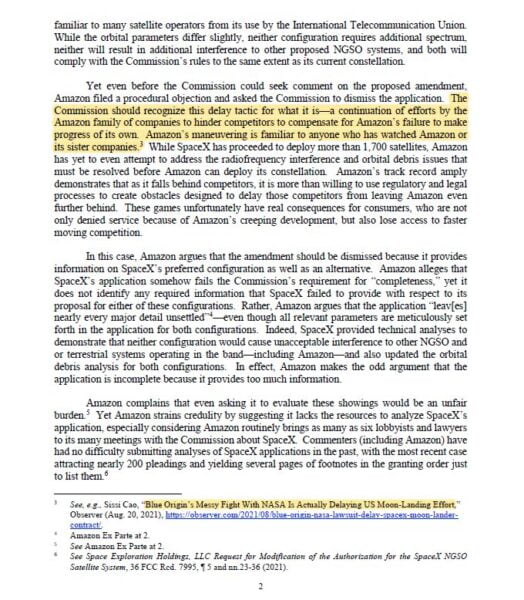 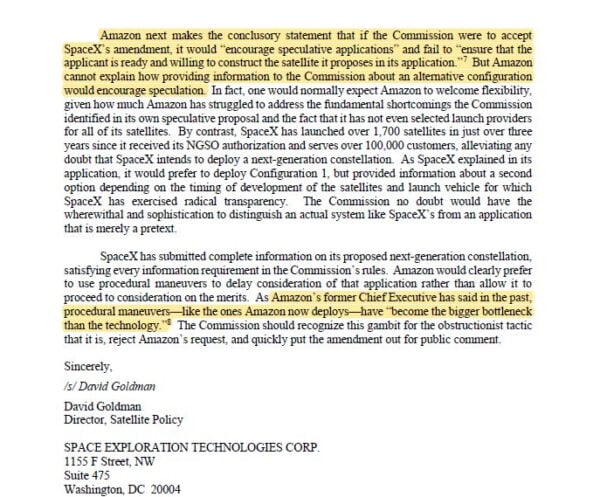