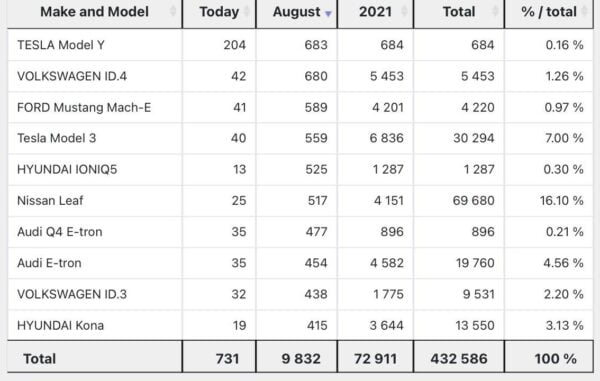 Tesla’s Model Y shipped to European countries for the first time this month, and according to a new update, the electric SUV is doing quite well in one of the most zero-emission vehicle-friendly countries on the continent.

The Tesla Model Y has become the top-selling electric vehicle (EV) in Norway for August just five days into being available in the country, according to data from Elbilstatistikk (via Reddit).

While the real position of the Model Y in the Norwegian auto market will come to pass over the long term, it’s still an important starting benchmark for the company, as the country is largely considered one of the highest EV-adopting countries in the world – with Norway boasting an impressive 54 percent of all new car sales in 2020.