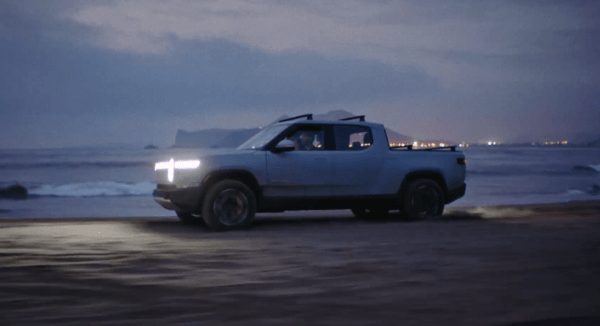 Rivian filed for an Initial Public Offering (IPO) on Friday and is expecting a valuation of nearly $80 billion USD valuation, according to sources that remained anonymous (via Bloomberg).

The electric vehicle (EV) startup, which is based in Irvine, California, and is backed by Amazon, announced on Friday that it had submitted an S-1 registration to the U.S. Securities and Exchange Commission (SEC).

In an email to Tesla North, the company announced, “Rivian today announced that it has confidentially submitted a draft registration statement on Form S-1 to the Securities and Exchange Commission (the “SEC”) relating to the proposed public offering of its common stock. The size and price range for the proposed offering have yet to be determined. The initial public offering is expected to take place after the SEC completes its review process, subject to market and other conditions.”

The IPO is expected to go through around November 25, according to those familiar with the confidential matter. However, the timing will also depend largely on a go-ahead from the SEC.

If Rivian were to go public at an $80 billion market capitalization, that would make it one of the year’s largest IPO debuts. It would also overshoot estimates by some analysts who said Rivian could shoot for a $70 billion valuation in an IPO later this year.

Rivian also said in a statement that the proposed offering has not yet set a size or price range, though the company is working with a number of advisers from Goldman Sachs Group Inc., Morgan Stanley, and JPMorgan Chase.

In July, following a $2.5 billion USD Rivian funding round heralded by Amazon and Ford, it was discovered that Rivian plans to invest $5 billion USD into a second U.S. factory.

Recent images captured in Sydney, Australia, revealed the first Rivian R1T and camouflaged R1S electric vehicles have landed for testing in the country.