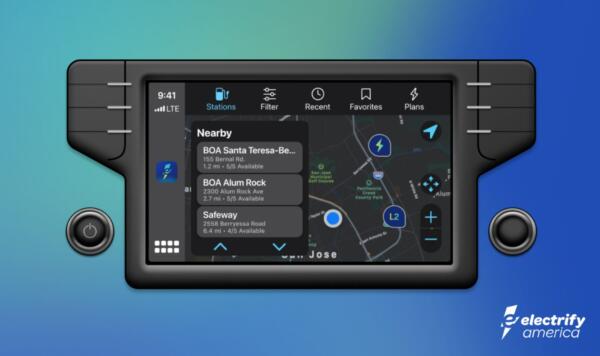 As electric vehicle (EV) adoption continues to grow, support for easy EV charging solutions will continue to grow too, and one charging company is already adding compatibility with certain highly-used apps that will streamline the process of finding charging stations.

Electrify America is rolling out support for Apple CarPlay and Android Auto infotainment centers with its mobile app, which is rolling out to iPhone users and is now available on Android, according to 9to5mac.

The function will let users find nearby EV charging stations quickly and easily, while remotely activating charging and plan information.

The company, which serves both the U.S. and Canada, currently has more than 650 EV charging stations with a total of 2,700 chargers.

Android Auto and Apple CarPlay allow the user to easily access music, navigation and communication by connecting with their smartphone, and the Electrify America app update will allow users to find the company’s stations even more easily.

Dominant EV automaker Tesla also announced plans earlier this year to open its Supercharger network to other EV brands – expected to happen later this year or early next year.