Electrify America to Double EV Chargers in USA, Canada by 2025 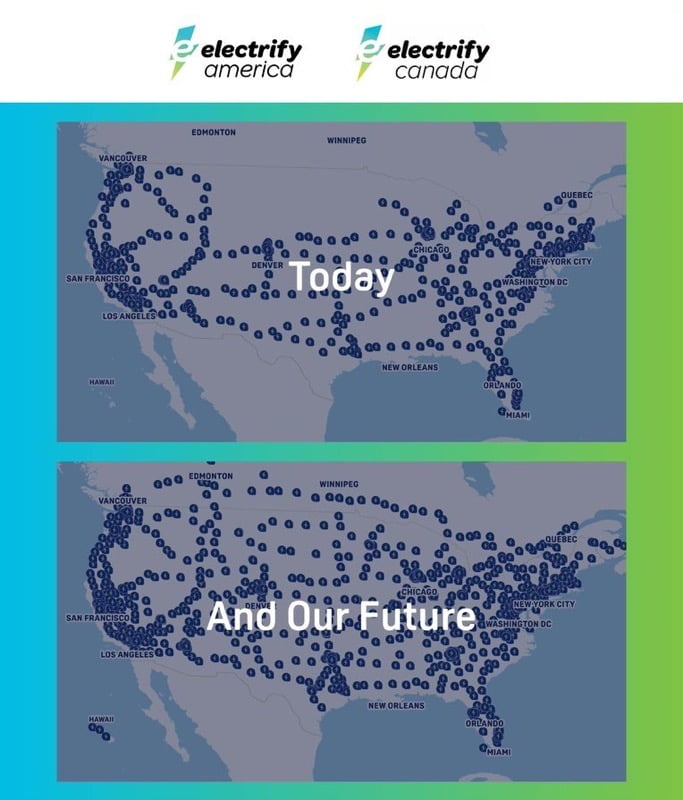 Electrify America announced on Tuesday plans to more than double its current electric vehicle charging network in both the United States and Canada by the end of 2025.

The company says it plans to have over 1,800 fast charging stations and 10,000 individual chargers installed by the end of 2025, including deployment of 150 and 350 kilowatt chargers, to help support more EVs in North America.

“We have decided to double our current charging infrastructure in North America over the next four years to help meet the need for the rapid growth expected of electric vehicles by virtually all the auto manufacturers, and to help make EV adoption more accessible and attractive than ever.” said Giovanni Palazzo, president and chief executive officer, Electrify America, in a statement to Tesla North.

Electrify Canada will triple its current commitment of 32 electric vehicle charging stations to more than 100 locations across Canada and 500 chargers, by the end of 2025. 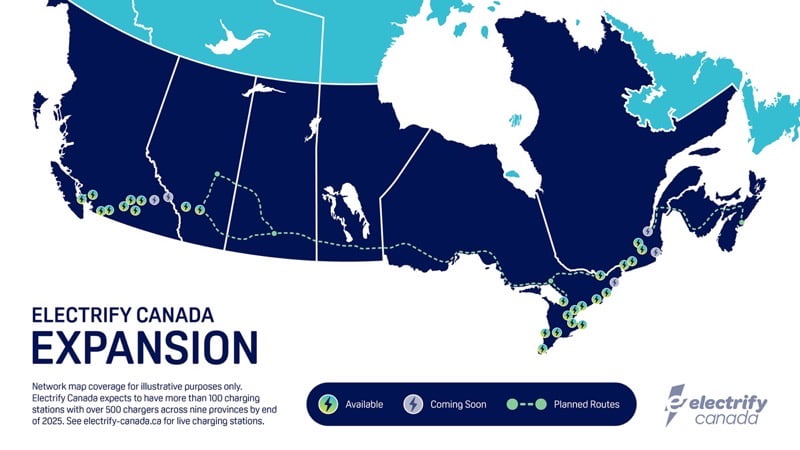 “We are making this commitment to support the plans by major automakers and the U.S. and Canadian governments to help the transformation to an electric mobility transportation system.”

Lucid Motors saw its stock price jump by as much as 98% on Friday, closing at $12.87 per share (up 43%), as rumors of Saudi Arabia’s Public Investment Fund (PIF) considering a full takeover of the luxury electric automaker made the rounds — reports the Silicon Valley Business Journal. The news represents a breath of […]
Nehal Malik
4 hours ago