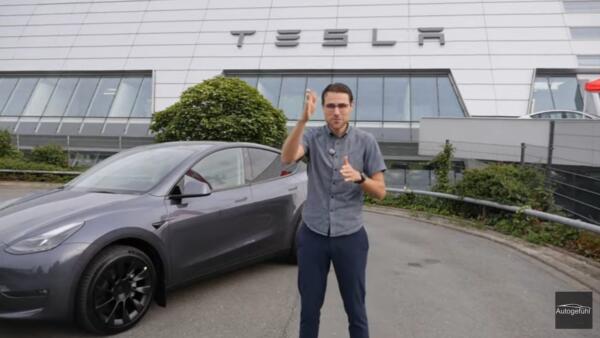 Just a few days after Tesla confirmed it had shipped the first batch of Model Y units to Europe, one of the first German reviews of the electric vehicle (EV) has surfaced.

A new review of the Tesla Model Y Long Range (LR) was shared by Autogefühl on Sunday, detailing the Shanghai-made electric SUV’s features. The host, Thomas Majchrzak details a number of aspects about the EV, starting with the exterior and slowly moving to the car’s interior and how it drives.

In the video, Thomas goes through the Model Y’s overall length and size, battery and charging specs, trunk space, build quality, and interior driver seat looks, as well as a small part in which he drives the Model Y

Build quality is a common concern for Tesla buyers, as some in the past have detailed criticisms about panel gaps or other specific issues. However, Thomas says the build quality of this Model Y seems to be an improvement over past Model 3 units.

As Tesla’s first Model Y deliveries hit Europe, others such as @Tesla_Adri also received delivery of the compact crossover SUV:

Meet Lucia!
One of the first model Y to be delivered in Europe!
Astonishing car.
Thank you @elonmusk.
We are already in love pic.twitter.com/ji92TvAOQQ