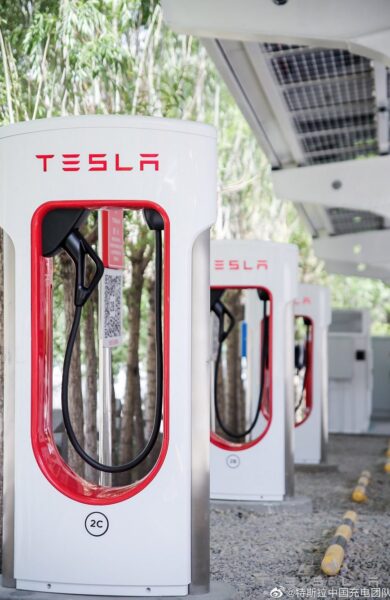 A JD Power study on electric vehicle (EV) charging was released today, and shared that Tesla, Volta and ChargePoint’s EV charging stations were the most preferred by EV owners for charging away from home, according to CNBC.

The study surveyed 6,647 EV and plugin owners between January and June, also finding that public charging availability in the U.S. remains one of the least satisfying parts of having an EV.

The survey asked consumers questions about ease of use, the overall cost of charging, charging speed, user-friendly payment, how easy stations are to find, convenience and cleanliness of each station, how safe users feel, and if chargers were available at a given station.

How Other EVs Will Be Able to Use Tesla Superchargers: Musk https://t.co/nGwPoW1OFg

Despite being most happy with the Tesla Supercharger network, which is set to open up to other automakers than Tesla later this year, EV owners were generally frustrated by a lack of available options, and are often unable to charge due to service chargers and long lines, according to the survey.

JD Power’s Brent Gruber said, “Owners are reasonably happy in situations where public charging is free, doesn’t require a wait and the location offers other things to do — but that represents a best-case scenario.” Gruber continued, “The industry needs to make significant investment in public charging to assure a level of convenience and satisfaction that will lure potentially skeptical consumers to EVs.”

A 30-foot long, 12,000 lb metal sculpture featuring Elon Musk’s face atop the body of a goat riding a rocket has been spotted on the streets of Austin, Texas (via Fox Business). The statue was commissioned by a group of cryptocurrency enthusiasts who created a project called the “Elon Goat Token.” They wanted the sculpture […]
Nehal Malik
11 hours ago

Tesla CEO Elon Musk said on Saturday that the company has successfully completed its first 500-mile test drive of a Semi truck with a full load. With its haul, Musk noted that the vehicle weighed in at a whopping 81,000 lbs (or 40.5 tons). Tesla team just completed a 500 mile drive with a Tesla […]
Nehal Malik
14 hours ago