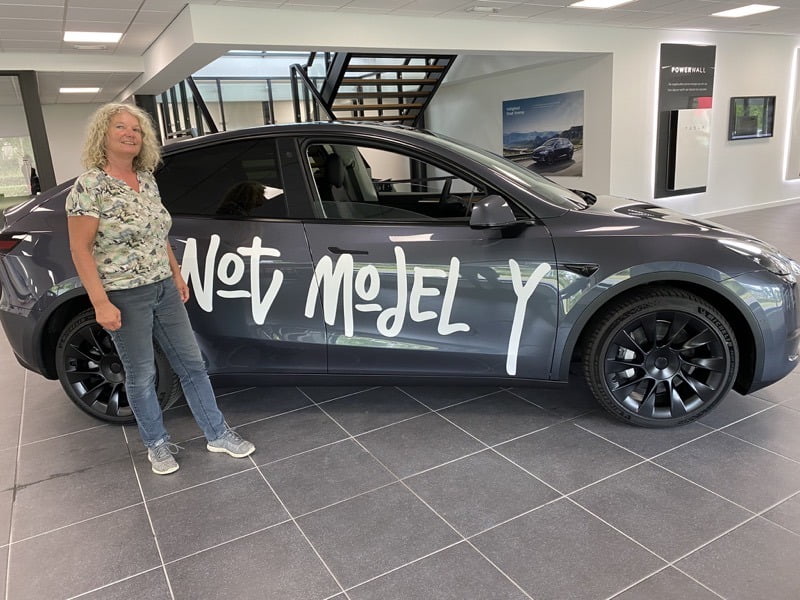 Tesla’s Model Y compact crossover SUV has landed in Europe, making its way to showrooms with ‘Not Model Y’ plastered on the side, as part of a marketing campaign.

According to an image shared by Maarten Steinbuch based in Eindhoven-Helmond/Brainport in the Netherlands, a Model Y can be seen in a showroom with ‘Not Model Y’ on the side, taking a page from The Boring Company’s ‘Not a Flamethrower’ strategy in 2018.

Other photos were seen earlier showing this Model Y on transport trucks:

Plugin vehicle shares in the UK reached 22.4 percent, up from 21.6 percent year over year, according to CleanTechnica. The figure is made up of battery-electric vehicles (BEVs) at 16.9 percent and plugin hybrid electric vehicles (PHEVs) at 5.5 percent of the overall market share. A year ago, these figures landed at 15.2 percent and […]
Peter McGuthrie
8 hours ago

Since entering the Australian market in August, the Tesla Model Y has been making waves, with many customers flocking toward the electric SUV in recent months. Tesla delivered 4,359 Model Y units in Australia in September, as reported by The Driven. The figure nearly doubles the next top-selling EV in the country, showing a dominant […]
Peter McGuthrie
8 hours ago