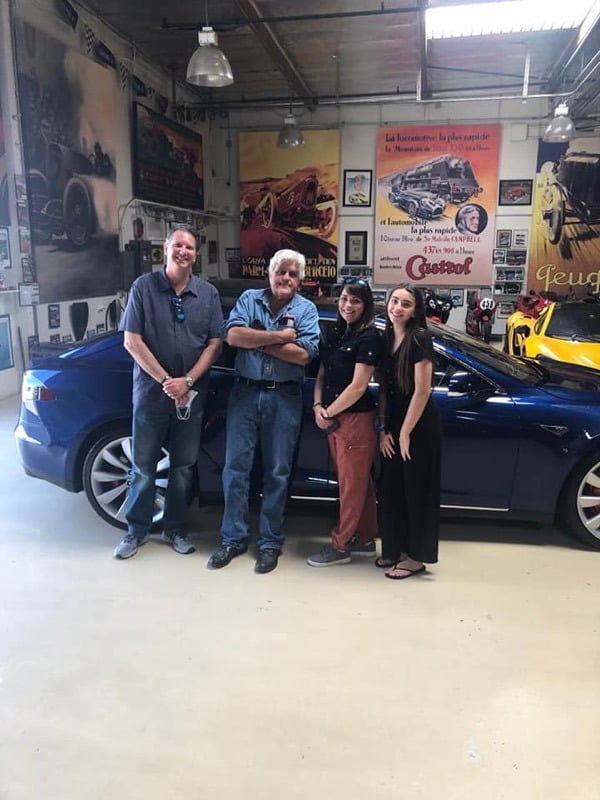 According to Florida resident Nathan D., he purchased Leno’s 2015 Model S P90D on the weekend.

“Most of you are aware that Jay Leno recently bought a new Plaid. The car I bought is the older Sister. It’s the same color, but his Plaid has Black wheels,” he said.

“Jay Leno is an extraordinary person who is gracious with his time and care. He hasn’t sold a car in 30 years, so this was an amazing opportunity and experience,” explained Nathan.

“I should also mention that everyone around Jay Leno were also very helpful and were wonderful to work with. It was a little intimidating initially but they were all awesome,” detailed the new Tesla owner.

Nathan also said he also got a tour of Leno’s car collection, saying the comedian was a “very nice guy” and it was a “once in a lifetime experience.”

According to the vehicle listing on Bring A Trailer, the Deep Blue Metallic Model S sold on July 9 for $95,500 USD and the odometer had 23,000 miles. The car sold included a copy of the Tesla purchase agreement, plus “charging cable, recent service records, a collection of Jay Leno’s Garage car care products, and a clean California title in Mr. Leno’s name.”

Leno received his Model S back on August 10, 2015, details the vehicle purchase agreement, with the car total cost at $140,200 USD after destination and documentation fees–and after $34,000 in upgrades.